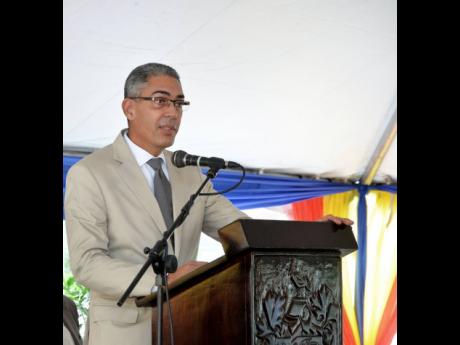 Chairman Richard Byles said in a statement that an arbitration cost of $54.2 million contributed to the losses. The company also faced a charge of $23.7 million for utility costs, “arising from excessive billing,” Byles said. Water is supplied by UWI to the student flats operated by 138 Student Living.

The company chairman also highlighted another $12.9 million relating to rental income from residents of the halls who were not students of UWI, which was not recorded on the profit and loss statement because it is in dispute.

Student Living has taken a position that those renters are not to be counted as part of UWI’s 90 per cent quota. The university is required under its concession agreement with the real estate company to fill 90 per cent of the rooms. UWI, however, insists that the income from the non-UWI student lodgers is a part of their 90 per cent requirement.

For the six months under review, 138 Student Living collected $25.8 million from non-student sources. Because of the dispute, the company only recognised 50 per cent of the inflow.

UWI Principal Dale Webber was not reached for comment.

Byles said that without the problems highlighted, the company would have made a profit of $10.5 million.

He declined to give an update to the Financial Gleaner on the dispute, saying discussions were being pursued with UWI.

As for the $100 million the company previously disclosed as owing to Prime Development Limited, Byles said Student Living only had $18 million more to pay, most of which were attorney fees.

The legal cost faced by the real estate company arises from a court judgment in favour of Prime Development, which sued Student Living in June 2016 for $118.9 million. The claim was subsequently revised downwards to $56 million under arbitration, but legal costs and interest charges pushed the figure back within the region of $100 million, Byles explained in January. Student Living had only booked $33 million against the judgment.