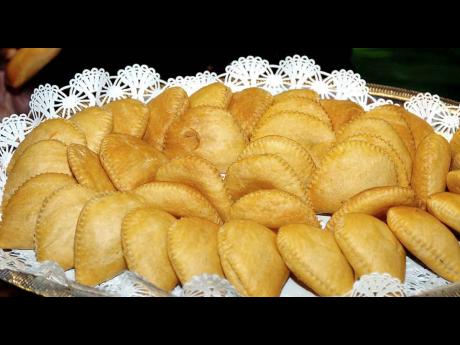 The price of patties remains in line with inflation throughout a 10-year period, which suggests that a key staple for Jamaicans remains within overall price movements.

Inflation is measured by the overall movement in a basket of goods which are weighted across three sections of the country. Prices within the basket can vary widely, but patties mirror the average movement of the basket or the inflation rate.

The index is still being perfected and is not seen as official, but the findings surprised the International Monetary Fund (IMF) resident representative in Jamaica.

“I was shocked that the trend was so close,” said Dr Constant Lonkeng Ngouana, the IMF representative, in response to queries after he made a presentation at a Bank of Jamaica (BOJ) inflation seminar on Thursday.

Annual inflation is set to remain within the range of four to six per cent up until March 2020, which hints at where patty prices might trend. Patty prices remained in line with inflation in six of the 10-year period under review.

Utilising a visual graphic displayed by Ngouana, the difference appears largely trending in line with inflation.

In 2018, patty prices increased five per cent in line with inflation. In 2017, the prices remained stable but inflation rose roughly five per cent.

The BOJ hosted its first in a two-part series on inflation at its downtown head office in Kingston.

“This represents all types of patties and across Jamaica,” Dr Ngouana said. “The trend indicates that it is moving in the right direction.”

Inflation would have fuel, rent, electricity, food and other factors in the basket. So one would not expect inflation to match one item such as patty, but it generally does, Dr Ngouana added.

On the panel, Peter Blair Henry, head of the Stern Business School at New York University, stated that Jamaica’s single-digit inflation targeting, along with the Economic Programme Oversight Committee, has realigned the development path of Jamaica towards that of Barbados, credited as one of the most developed black nations.