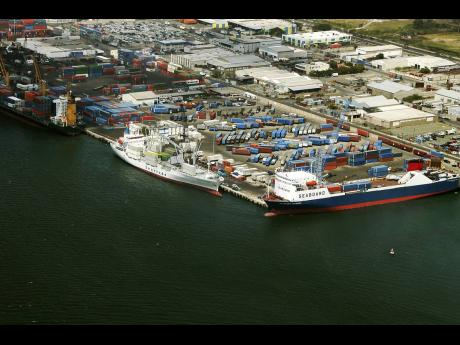 The moment is fast arriving when Caribbean Governments and business will have to consider the consequences of the tariff wars and sanctions that Washington is now pursuing.

Far from reducing its ‘America First’ rhetoric and seeking compromise, the Trump Administration has become committed to weaponising its trade policy to achieve its broader political objectives. If sustained, this will reshape global markets, making an equitable rules-based global trading system no longer possible.

So serious has the matter become that the Chinese government recently issued a White Paper on its trade dispute with the United States. The document, which has much broader relevance, sets out clearly how since President Trump took office in 2017, the US administration has ­threatened its major trading partners with new ­tariffs and introduced measures provoking ­frequent economic and trade friction.

The paper sets out clearly the parameters of how the Trump administration has developed a strategy that seeks to change the exercise of economic relations and the structure of global trade. It argues that Washington’s approach is damaging to economic integration, will not result in the delivery of benefits to US citizens, and harms development. It warns that while China does not want a trade war, it ‘is not afraid of one and it will fight one if necessary’.

Its publication comes as many nations in the Americas are trying to determine how best to respond to a US strategy that links its domestic political objectives to its hemispheric and foreign-trade policy on the grounds of national security.

Evidence of Washington’s thinking in this respect was apparent at the 8th Caribbean-US Security Cooperation Dialogue.

In opening remarks, Kimberly Breier, the US assistant secretary of state in the Bureau of Western Hemisphere Affairs, spoke about a new focus on closer ties with the Caribbean. After addressing shared concerns about security cooperation, she made clear that maximising US trade and investment, isolating Venezuela, and encouraging the economic exclusion of China are now components in realising this.

In an implied criticism of the Caribbean’s desire for political dialogue between the opposing factions in Venezuela, she told participants from the region that “the only truly non-interventionist path is to join the critical mass of countries in the Hemisphere. A truly non-interventionist view,” she said, “cries foul when foreign powers like Russia and Cuba stake their claim by overtly landing military forces on South American territory. The United States, and all freedom-loving countries, should be deeply concerned to the point of action, closer cooperation, and support to our neighbours in need”, she observed.

Ms Breier was also critical of China’s economic role in the region, encouraging the Caribbean to look to the US for technical expertise, transparency, and business acumen and to see US companies as resources and as partners to help the region resolve the problems it has with aging infrastructure, ports, highways, and telecommunications systems.

The US and the Caribbean, she said, “need to be prepared to expand cooperation to counter future threats”, observing that when it came to the transformational nature of 5G telecommunications technology, the region needed to fully factor security into its procurement and cybersecurity decisions.

In a further indication of Washington’s willingness to utilise trade and investment to deliver its domestic agenda, it is threatening to impose tariffs rising to 25 per cent on all Mexican imports. President Trump has said that this will happen unless President López Obrador manages in some so far unspecified way to halt the flow of economic migrants and refugees crossing Mexico in the hope of reaching the US.

The outcome is far from certain and could, as the Mexican government points out, seriously damage both the US and Mexican economy, result in an additional 0.25 million people trying to migrate north, and relates anyway to longstanding and unresolved social and economic problems in Central America.

At the same time, Washington is also ratcheting up sanctions and tightening its embargo on Cuba, a process, US officials say, that is not yet at an end.

In the last few days, the Trump administration has announced that it will no longer license US citizens to travel in groups to Cuba for people-to-people educational purposes. The effect is to end all new cruise ships calls. The details of the new measures came shortly after a raft of other Cuba-related sanctions were announced, creating uncertainty for investors, travellers, and traders everywhere, adding to the damage already caused to the Cuban economy and development of the country’s non-state small enterprises.

Announcing the latest sanctions, the US Treasury Secretary, Steven Mnuchin, said that the decision was strategic and justified on the grounds of national security. Cuba, he said, “continues to play a destabilising role in the Western Hemisphere, providing a communist foothold in the region and propping up US adversaries in places like Venezuela and Nicaragua by fomenting instability, undermining the rule of law, and suppressing democratic processes”.

Where all this will end remains to be seen, but the signs are that the US has begun to consolidate a policy that seeks to divide the world by deploying economic pressure on governments to accept that the US is the only global rule maker and that its domestic economic and political interests are paramount.

The apparent short-term success Washington is having in deploying punitive tariffs, sanctions, and executive orders in pursuit of its political objectives may well embolden it. Regrettably, it is a policy that will divide from the many friends and allies that valued greatly its past commitment to consensus building, global institutions, order, and multilateralism.

In a likely indication of what comes next, the presidents of China and Russia agreed on May 6 to establish a ‘comprehensive strategic partnership’ and issued a joint statement that endorsed multilateralism and rejected hegemonic trade practices and sanctions.

For the Caribbean, the dangers are obvious. To quote the recent words of Jamaica’s former Prime Minister, P.J. Patterson, they are of “reverting to a time we thought we had passed long ago; to the days of subservience and being subject to the dictates of others based on their interest”.