JPS to get tax break on lithium batteries 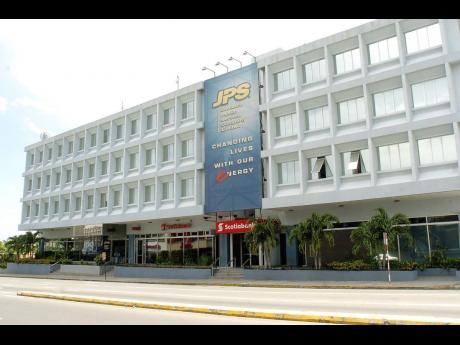 Light and power supplier Jamaica Public Service Company (JPS) is in line for a tax break as it follows through on plans to add storage capacity to the national grid.

Last week, State Minister in the Ministry of Industry, Commerce, Agriculture and Fisheries Floyd Green revealed that the Government had secured agreement from the Caribbean Community Council for Trade and Economic Development (COTED) that Jamaica can suspend the common external tariff (CET) on lithium ion batteries for two years. Duties on the batteries currently stand at 20 per cent.

In April, Blaine Jarrett, JPS vice-president for energy delivery, said that a 24.5 megawatt plant, the first of its kind for Jamaica, will be installed at the company’s Hunt’s Bay power station in Kingston, using lithium ion batteries, to allow the company to maintain consistent power supply and curtail power fluctuations attendant to the operation of alternative energy power systems such as wind and solar.

Lithium ion batteries are at the cutting edge of storage technology due to their compactness and versatility and can be found in a wide range of applications, including watches, computers, automobiles, and heavy industry.

The JPS indicated that it would be investing US$25 million on the storage facility.

The Financial Gleaner understands that at a March 7, 2019, meeting, the committee for the review of energy and technology tax incentives reviewed an application for duty relief of the CET on US$40 million worth of lithium ion batteries set to be imported by the JPS for the storage project.

A shipment worth US$26 million is already in Jamaica. The US$40 million would translate to more than J$5 billion, which means that about $1 billion in CET would become due.

“Batteries that come in as part of a renewable system come in duty-free and GCT free and certain types of batteries, the tariff code also allows them to come in duty free. Lithium ion batteries, unfortunately, is not on that list,” a source close to the energy review committee told The Financial Gleaner.

The review from the March 7 meeting reportedly formed the basis of the representation made at the COTED meeting in Georgetown, Guyana, in May.

Green led a Jamaican delegation and made a presentation, which sought to enable players in the renewable energy market to have lithium ion batteries enter Jamaica at a reduced cost.

COTED accepted the application, and it has been agreed that Jamaica can suspend the CET on the batteries for two years, a release from the ministry said.

“The expectation is that both regular customers and members of the private sector will be able to bring in these batteries at a reduced cost,” the State Minister told The Financial Gleaner. Asked if this would apply to the JPS storage project Green was non-specific.

“Without commenting on any specific project, what it now means is that a number of projects will now be more attainable in terms of cost,” he said.

“What we have done is to take that policy, broke it down and look at those areas that touch and concern us, especially the trade and duty-related issues, and we’ve done what needs to be done to remove those barriers that we can impact,” Green added, noting that the move was in line with Government’s stated commitment to have at least 50 per cent of energy generation from renewables by 2030,”’ Green said.

“As far as our ministry is concerned, we have to look at how we can assist in meeting those energy goals. We found that one of the barriers is the sheer cost of the importation of lithium ion batteries. While the cost is coming down, the attendant duty adds to the cost,” he said, adding that Government is awaiting the official communication of the decision from COTED so that a Cabinet submission can be made to give effect to the tax-relief measure.

With a projected $1 billion tax break coming the JPS’ way, The Financial Gleaner asked Chief Technology Officer Gary Barrow for comments, but he declined to comment specifically on the expected removal of the CET on the batteries although he said that the storage project is an important one that is of national interest.

“Anything that helps that has anything to do with the storage which is going to be used to maintain grid stability with the intermittent renewables is going to be good for Jamaica and good for our customers,” Barrow said.

Asked about the importation of more than US$40 million worth of batteries and the likely savings in light of the COTED decision, Barrow was non-committal.

Ground was broken for the 24.5 megawatt energy storage project in early March 2018. The project was reported to be undertaken by Micro Grids and Distributed General and was scheduled for completion by April 2019.