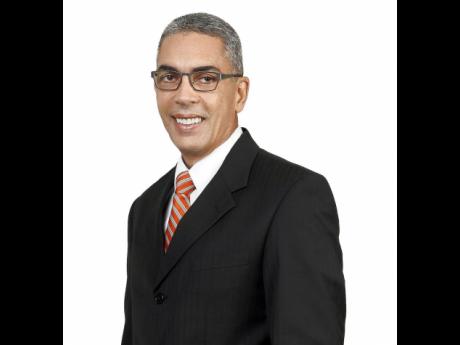 Shares in Sagicor X Fund ticked upwards after the release of its first-quarter results, but dipped following the announcement of a change of auditor.

Richard Byles, chairman of the X Fund, indicated that the change in auditors from PwC St Lucia to Grant Thornton reflected an avoidance of conflict of interest rather than a disagreement of the change in the method of accounting.

“In short, it has to do with PwC USA doing audit work for Playa,” Byles said in response to Financial Gleaner queries.

The drop in share price reflected arguable concerns by investors that PwC did not agree with the change by Sagicor in recognising Playa Hotels & Resorts on its books.

“It is the wrong interpretation by the market,” added Byles.

X Fund traded at $9.90 on Thursday or down 3.0 per cent since the start of the month. The stock traded up to 10.25 a day after the release of first-quarter results which referenced increased earnings. Then on May 31 it dipped on news of the change in auditors. X Fund CEO Brenda Lee Martin was not reached for comment.

Sagicor previously recognised Playa Hotels & Resorts as a portfolio investment, reflecting the change in market value of its shares, then changed to an associated company, reflecting share of operating earnings since the 2018 fourth quarter.

If PwC disagreed with the treatment of Playa on the books of X Fund, then the auditor would have disclosed that and objected to the new treatment, said CFO of Sagicor Group Jamaica, Ivan Carter.

“The change in the treatment was agreed to by the auditors. That was not an issue. The auditors had to make sure there was no conflict of interest or independence issues,” he added.

PwC corroborated statements on the matter when contacted. A partner at the auditing firm told the Financial Gleaner that strict policy within PwC restricted the St Lucia operation from continuing audit work for X Fund.

Since the fourth quarter of 2018, Sagicor accounted for its stake in Playa as an associated company. That resulted in X Fund recording its share of Playa’s operating results and not the market value based on its share price movement.

Carter said that following from the new accounting for Playa, then auditors PwC St Lucia had to evaluate whether any sister entity was conducting activities for Playa.

“They determined that PwC USA was providing services to Playa and based on international risk assessment and to avoid any independence issues, PwC St Lucia determined that they needed to resign,” Carter said. “The audit firm Grant Thornton completed the audit report and signed it.”

He added that PwC will continue to audit the wider Sagicor Jamaica and Sagicor in Barbados as there was no material change in the accounting treatment.

For the year ended December 2018, Sagicor Group’s bottom line benefited from a shift in accounting for a key investment in Playa. The group adjusted the accounting of its large investment in the Playa group to avoid the negative fluctuations in the value of the stock, which trades on the Nasdaq exchange in the United States.

Sagicor acquired its stake in Playa at US$10.49 per share when the deal closed last year. The stock traded at US$8.04 on Thursday. Before the accounting changes the market value of the stock would have been reflected on Sagicor’s books.

Sagicor Group holds 15 per cent of Playa through different entities. Usually, investments are classified as associated companies after ownership surpasses a 20 per cent threshold.

Carter previously explained that Sagicor demonstrated that despite holding less than one-fifth of Playa, it held sufficient influence on Playa’s board and, therefore, met the criteria to recognise it as an associate. Byles sits on Playa’s capital allocation committee while Sagicor CEO Chris Zacca sits on the audit committee.