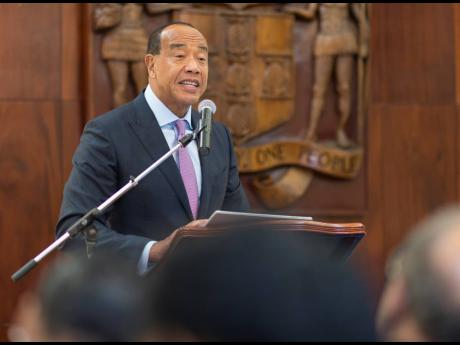 Chairman of the Economic Growth Council, Michael Lee-Chin is calling on all investors at home and abroad to take advantage of the opportunities that exist in the Jamaican economy for investment.

He says Jamaica has set itself on a path for growth and that the conditions are ripe for investment.

“I would like to say to investors, the bureaucrats, the ministries, departments and agencies that the table is set and we’ve only seen the beginning,” Lee-Chin said at the opening of the private equity and infrastructure conference being hosted by the Development of Jamaica from June 10 to 13.

Describing his own investment journey through National Commercial Bank, Columbus Communications and Portland Private Equity, Lee-Chin says the Portland private equity fund has so far invested $500 million and has the position of being the largest private equity fund in the Caribbean.

“We have put our money where our mouth is. We are bullish on Jamaica, especially,” he said. “I would invite all investors, whether institutional, retail or individual to invest in a piece of the rock. You will not be disappointed.”

As chairman of the Economic Growth Council, Lee-Chin said he had the audacity to predict five per cent growth in four years dating from 2016. He says that prediction was aspirational, but noted that Jamaica has made some gains over the last three years and especially in 2018 when GDP growth was 1.8 per cent. The country is at a point, he added, where it has surpassed all recent levels of performance.

“What we had was a situation where growth was nine times what it used to be at 0.2 per cent. There are those who will say that we did not get five per cent, but nothing in life is linear,” Lee Chin said, even while noting that he is wedded to achieving the five per cent goal.

“We are in a unique position. I would encourage everyone that they should not look at the warts but rather the opportunities; look at the momentum that is now there and, most importantly, act,” Lee-Chin said.