SSL Ventures reshapes board and management 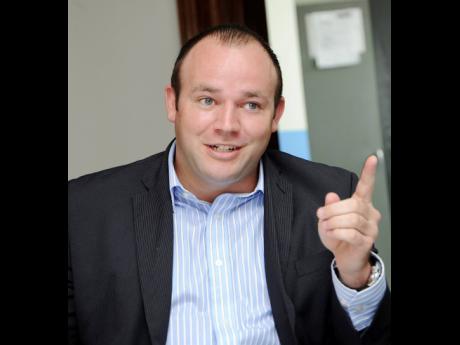 SSL Venture Capital Jamaica announced a new board at the weekend following three resignations, which was followed up with notice of two management changes.

Separately, the company’s auditor, Baker Tilly Strachan Lafayette, avoided giving an opinion on SSL Ventures’ audited results for year ending December 2018 due to what it described as insufficient information on its subsidiary companies.

CEO of SSL Ventures Mark Croskery said in response to Financial Gleaner queries about the audit statement that the entities involved were young companies and so were not expected to have administration in place at the level of a publicly listed company.

Investors should focus on the larger contribution to the economy, in that SSL Ventures has effectively created the “first tradeable secondary market in venture capital for Jamaica and the Caribbean region”, he said.

SSL Ventures’ former CEO, Drew Gray, and Sheldon Powe both resigned from the board, effective May 5, while Gerald Wight’s resignation took effect on June 4. Abrikian has replaced Wight as chairman of the audit committee.

At the executive level, Kamille Martin was appointed head of finance on Monday, June 10, while Alanah Jones resigned as chief ­operating officer on May 31.

SSL Venture Capital Jamaica, which trades as SSL Ventures, was formed from the reverse takeover of failed music-­publishing company C2W Music under a rescue plan mounted by Stocks & Securities Limited and finalised last summer. It allowed the listed junior market company to restructure as a venture capital investor.

Baker Tilly Strachan Lafayette said in its audit statement that it was unable to ascertain details about a significant amount of revenue, payables and goodwill.

“Accordingly, we do not express an opinion on the accompanying financial statements of the group and the company,” said the auditor.

SSL Ventures holds equity positions in unlisted companies Bar Central at 75 per cent, Blue Dot Media Intelligence at 50 per cent, and Muse 360 Integrated Limited at 51 per cent. The acquisitions were announced following the completion of the C2W transaction.

Specifically, the auditors indicated that certain underlying records of the group “could not be located”.

“We have not been provided with adequate evidence to satisfy ourselves as to the existence, occurrence, completeness, rights and obligations, measurement, valuation and disclosures …,” the auditor said in relation to goodwill amounting to $107.5 million, revenues amounting to $115.7 million, and payables of $54 million.