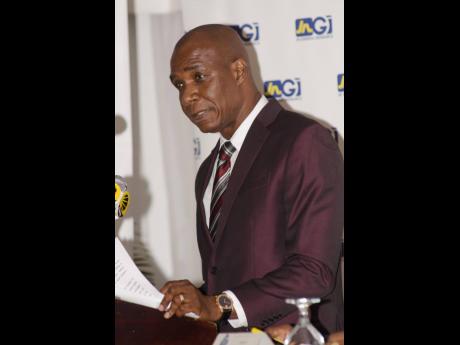 The Jamaica Used Car Dealers’ Association, JUCDA, says it is strongly opposed to a new directive by the Trade Board for importers of used motor vehicles to pay a Jamaica government agent based in Japan to sanitise each auto at a cost of up to US$150 before they are shipped.

“The minister’s regulatory power does not extend to him dictating to us who wash our cars,” said Lynvalle Hamilton, president of the association, in reference to Minister of Commerce, Industry, Agriculture and Fisheries Audley Shaw.

“We are strongly opposed to the move, and we are guardedly optimistic that the minister will let good sense prevail,” he said, noting that he has written to Shaw about the matter.

In a notice published in the press two weeks ago, the Trade Board, a regulatory agency of government and Jamaica’s certifying authority for goods exported under various trade agreements, said that effective June 1, all used motor vehicles, including heavy duty commercial equipment, must be sanitised prior to shipment.

Those deemed unsanitary under the pre-inspection regime will not qualify for import licences.

It said that additional element of inspection forms part of the existing pre-shipment inspection programme that went into effect in February 2018. The Jamaican government appointed Auto Terminal Japan to undertake the pre-inspections.

The new procedure, said Trade Board, seeks to prevent plant and animal diseases that could have a significant negative effect on local agriculture and the environment, and that sanitisation element of inspection would “attract an additional cost over and above the existing pre-inspection fees, ranging from US$70 to US$150 per motor vehicle unit, depending on the type of motor vehicle”.

Hamilton said the word ‘sanitisation’ as used by the Trade Board “is just a pretty word for washing the cars,” noting that it is aimed at preventing microbial contaminants, which affect plants, “from coming in on the vehicles”.

However, he said that “from the get-go, we have been paying for the inspection and they inspect for that, and the certificates indicate that no such contaminants were found”.

According to the Trade Board, all vehicles not yet shipped to Jamaica will require a pre-shipment inspection certificate from Auto Terminal Japan before an import permit is issued by the regulatory agency.

It said vehicles arriving without the certificate and, therefore, without Trade Board import permits, will be re-exported at the owner’s expense or scrapped and sold for parts by the Jamaica Customs Agency.

“If it is that the minister wants to prevent such things (microbial contaminants) from coming into the country, when you inspect and you find such contaminants, all that is needed is for them to fail the vehicle and the dealer find ways of getting it properly sanitised for it to pass inspection,” said Hamilton.

“They are making it appear like somebody else is making money off it (imports), like is a money-making business they are on.”

Referring to the Jamaica government-appointed Japanese agency, the JUCDA president said “it is a conflict of interest for the Minister to force us to use his agent to wash the vehicles.”

“The minister’s regulatory power does not extend to him dictating who wash our cars. It appears to us that if the minister is really hell-bent on Auto Terminal Japan washing the cars, what they are doing is painting a picture that this is a money-making venture, which doesn’t look good,” he charged.

Hamilton said approximately 30,000 used cars are imported into Jamaica annually and the new pre-shipment requirements, if applied, could cost them an additional $50,000 for each vehicle, inclusive of duties.

Responding to Financial Gleaner queries as to why the Trade Board has found it necessary to add another element of inspection at this time, the agency said it is fulfilling its duty by ensuring adherence to all aspects of the pre-shipment programme, of which sanitisation is a component.

The trade agency said Auto Terminal has a robust pre-export decontamination/sanitisation process which is supported by inspection, verification and certification procedures to ensure that Jamaica’s bio-security requirements have been met. It added that regular reports provided by the company to the Trade Board will highlight successes and anomalies.

The fees for sanitisation are to be paid directly to Auto Terminal.

The current cost for pre-shipment inspection is US$160, but with the additional cost for sanitation it will rise to US$230 for cars and motorcycles; US$260 for commercial vehicles, including trucks, pickups and smaller buses; and US$310 for bigger trucks as well as vehicles used to transport passengers, the Trade Board said.