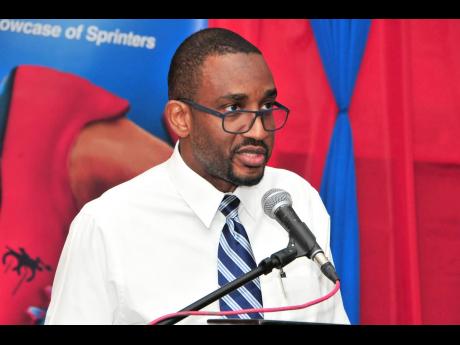 The Petroleum Corporation of Jamaica, PCJ, says it is ready to lease the 2,200-acre Font Hill property in St Elizabeth, and will issue a request for proposals (RFP) by year end.

The energy authority is working with the Urban Development Corporation, UDC, and the Development Bank of Jamaica, DBJ, to prepare the bid documents.

“We’re looking at this RFP to be ready by late Q2 or Q3 of this financial year,” said PCJ Manager of Special Projects Dr Peter Ruddock on Wednesday at the DBJ Private Equity, Infrastructure, SMEs Entrepreneurship and Innovation Conference. The conference ran from June 10 to 13 at The Jamaica Pegasus hotel in New Kingston.

Font Hill has been used by the agency for research over the years, including experimentation on various biofuel crops between 2010 and 2017.

Biodiesel is produced using either fats or after processing vegetable feedstock, that is, mostly oily nuts or seeds. After production, the biofuel can be either be blended with regular diesel, with incremental percentages ranging from five per cent to 100 per cent. This is similar to the way ethanol is blended with petrol and sold as E10, E15 or up to E100. In the case of biodiesel, the blend designation is B5, B10, B15 and up to B100, according to Ruddock.

“We conducted experiments on several varieties of castor and latrofa in response to our mandate. We wanted to identify a feedstock that would grow well in Jamaica and would ultimately help us to avoid importing diesel into Jamaica,” Ruddock said.

He told prospective investors that Jamaica could use the locally produced fuel to blend automotive biodiesel. He says small-scale vehicle trials using blends ranging from B5 to ultra-low sulphur diesel gave encouraging results, with most drivers reporting big gains in engine power and torque, which measures pulling or hill-climbing power.

In making the business case for the Font Hill property, Ruddock said each of the 2,200 acres are conservatively expected to yield 300 litres of castor production annually. This would mean total production of 600,000 litres of oil annually for total revenue of $81 million, based on current ex-refinery diesel prices of $135 per litre.

He adds that the numbers are conservative, saying PCJ has derived results that are three times higher.

“We’re looking to lease to investors who will develop a financially viable business, providing that you can convince the PCJ that you are in a position to do so. The investor would also want to create a business model that will complement the Font Hill area and its environs,” Ruddock said.

Font Hill lies 15-20 kilometres west of the St Elizabeth capital, Black River, and near to the parish border with Westmoreland at Scott’s Cove. Ruddock says the property has 250,000-gallon-capacity water storage tanks with a well on an adjoining property and with other amenities nearby.