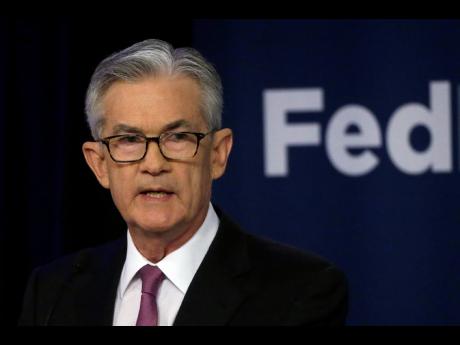 When the United States Federal Reserve cuts interest rates, or even hints that it is about to, investors cheer.

That is because lowering rates stokes the overall economy, which sends stock prices higher – usually, that is.

The Fed has initiated 16 rate-cut cycles since World War II. In 11 of those cycles, the stock market was higher six months later and was still higher 12 months later in 13 of them.

Still, sometimes it takes longer for the gains to materialise. Five times since World War II, the S&P 500 was down six months after the start of a Fed rate-cut cycle. That includes the 2001 and 2007 cycles, which corresponded with major recessions. The market was still down sharply 12 months after the Fed began to cut rates in each of those years.

The Fed is facing pressure to cut rates amid signs of slowing economic growth. The benefits of the 2017 tax cuts have waned, and President Donald Trump’s tariff threats with China and Mexico have roiled financial markets.

Last week, Fed Chair Jerome Powell set off a rally on Wall Street after he signalled that the Fed is willing to cut interest rates to help stabilise the economy if the trade war between Washington and Beijing starts to crimp growth.

A majority of investors expect a rate cut at the Fed’s July meeting, according to the CME Group.

If it does, should investors expect the move to boost stocks six months from now? Or a replay of the Fed rate cuts over the past two decades?

Stovall says it’s likely that a Fed rate cut this year will drive stocks higher as he doesn’t see major parallels now with the economy and markets in 2001 and 2007.

That doesn’t mean the market will necessarily be spared more volatility in coming months, given the market’s jitters over the US-China trade dispute and the damage it could do to the global economy and corporate profits.

“Recessions have not been repealed, but maybe they could be postponed,” Stovall said. “Maybe what we find is that a rate cut, or a series of rate cuts, helps this bull market last a little bit longer, but it’s probably just delaying the inevitable.”