Too many ‘shock’ phone bills - Survey finds nearly half of Jamaicans face unexpected mobile charges; OUR wants to change that 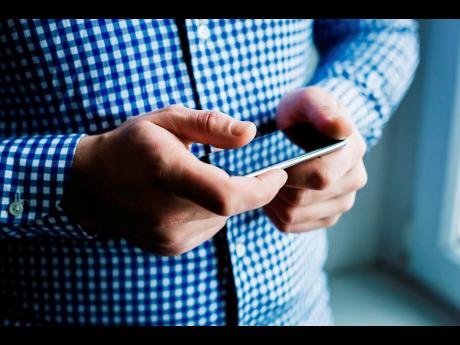 Nearly half of Jamaican mobile phone users continue to experience credit depletion, ‘shock bills’, and confusing data plans, according to a survey by the Office of Utilities Regulation, OUR, the findings of which will form the basis for recommendations to telecoms on improving their billing practices.

The regulator expects telecoms Digicel Jamaica and Flow Jamaica to implement its recommendations within the next six months.

“The results of the survey indicated that 48 per cent of respondents claimed to have received at least one unexpectedly high bill/charge during the period being investigated,” said the OUR in its Billing Transparency Survey conducted late last year and published in May.

Shock bills are higher than expected charges for postpaid customers, and credit depletion for prepaid customers due mainly to unexpected data charges.

Lesley, an artist in her mid-30s who requested her name be withheld for privacy reasons, experienced a shock bill on initial sign-up to a postpaid plan. Lesley expected to pay $3,500 but initially got a bill for $5,000. In explaining the charges, the telecom’s customer centre said she exceeded her calls to other networks.

Nowadays, Lesley says she just budgets to pay more than her expected bill, as she feels powerless to challenge the telecom.

“It is not like the phone company is going to say, ‘ohh we are wrong’,” she told the Financial Gleaner. “Does anyone even know the per minute rate any more? I just want to make my calls,” she said.

In relation to roaming charges, the OUR said many of the incidences were due to persons being unaware that they were ­interconnecting through an overseas provider that applied its own rates, resulting in unexpected bills.

The OUR, noted that while call and data charges are available on the telecoms websites, most customers do not search for detailed information about the plans and the conditions that apply.

The OUR in taking guidance from other ‘shock bill’ studies in India, Malaysia, USA, Australia and practices in other Commonwealth countries, including the Caribbean, set out a number of recommendations to the telecoms.

The OUR wants the telecoms to provide clearer pricing of products, particularly in advertisements. It wants the publication of charges pertaining to new service plans equally explained across all mediums, rather than its website, which few consumers visit, the regulator added.

“Service providers are known to use advertising and marketing strategies to obtain ‘buy-in’ from consumers, especially in regard to new services being offered. The OUR is, however, concerned that consumers can be misled in instances where key features of the product are not accurately represented,” said the OUR.

The study also found that most consumers above age 35 found it difficult to compare new plans and charges.

The OUR wants better itemised charges in relation to roaming, and it wants the telecom to explain the risk of automatic roaming charges and offer an explanation on how consumers can switch off roaming and deactivate voicemail.

The OUR also wants the providers to have pricing caps for postpaid customers to prevent bill charges from exceeding predetermined amounts. For prepaid users, it wants providers to warn customers about data usage under their plans and when the plans are about to expire. It notes that many customers still get late warnings or inadequate warnings, which leads to quick data depletion.

Its recommendations come within the context of changing business models whereby, the regulator noted, the telecoms are focusing more on data usage and consequently are consistently devising new plans to raise revenue.

Requests for comment from the telecoms were unanswered up to press time.