Boeing apologises for Max crashes as Airbus rakes in sales 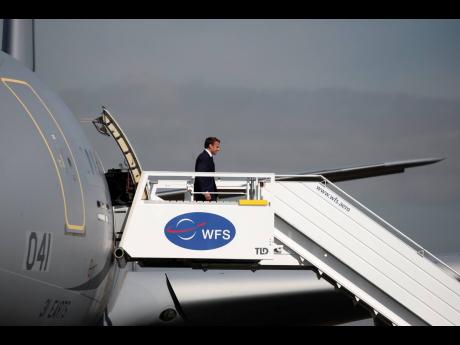 Boeing executives apologised Monday to airlines and families of victims of 737 Max crashes in Indonesia and Ethiopia, as the American plane maker struggles to regain the trust of regulators, pilots and the global traveling public.

Some victims’ families welcomed Boeing’s gesture. Others called it too little, too late.

Boeing was in a visibly contrite mood at the opening of the Paris Air Show, where safety was on many minds as the global aviation elite gathered to showcase and trade cutting-edge, costly technology.

“We are very sorry for the loss of lives” in the Lion Air crash in October and Ethiopian Airlines crash in March, and “the disruption” to airlines and their passengers from the subsequent grounding of all Max planes worldwide, Kevin McAllister, CEO of Boeing’s commercial aircraft, told reporters. A total of 346 people were killed in the disasters.

Boeing executives defended improvements to Max software that has been implicated in the crashes, but could not predict when the plane could fly again.

Investigations are underway into what happened, though it’s known that angle-measuring sensors in both planes malfunctioned, alerting anti-stall software to push the noses of the planes down. The pilots were unable to take back control of the planes.

“Now they have apologised,” said Ningsi Ayorbaba, a mother of three whose husband Paul Ferdinand Ayorbaba was killed in the Lion Air crash. “I hope this is a good signal” for families like hers that have filed lawsuits against Boeing.

“No amount of money can bring my loved one back, but I want Boeing to be more transparent in the compensation process for the sake of the children” of victims left behind, she told The Associated Press.

Boeing has acknowledged botched communication with regulators over a cockpit warning system in the 737 Max, and is promising more transparency about its promised fix.

Ethiopian Airlines CEO Tewolde Gebremariam said only that Boeing’s apology “is consistent with our opinion.”

An Ethiopian who lost her younger brother in the Ethiopian Airlines crash said that Boeing’s apology is not enough to return lost loved ones, and expressed concern about Boeing’s push to return the 737 Max to the skies.

The Max is crucial to Boeing’s future. It is the newest version of Boeing’s best-selling plane, and was a direct response to Airbus’ fuel-efficient A320neo. Customers like the fuel efficiency because it saves money and helps them respond to growing public and regulatory pressure to reduce emissions. But Airbus has outpaced Boeing in selling planes in this category.

With many of its airline customers and suppliers at the air show, Boeing repeatedly insisted it is focusing on getting the Max re-certified and speeding up production of the planes.

In addition to safety concerns, the global economic slowdown and trade tensions are weighing on the mood at the air show.

Boeing announced only lackluster orders at the start of the show, while rival Airbus announced a bevy of new sales and launched a new long-range single-aisle jet, beating Boeing to a market that both aviation giants predict will grow.

In the biggest new plane announcement expected at Le Bourget, Airbus formally launched its long-range A321XLR. The plane should will be ready for customers in 2023 and be able to fly up to 4,700 nautical miles.

Chief salesman Christian Scherer wouldn’t say how much the plane would cost to develop.

Right after the launch, the Los Angeles-based Air Lease Corporation signed a letter of intent to buy 27 of the new Airbus planes.

That’s a new challenge for Boeing, which said Monday it is still working on plans for a possible jet in the same category – dubbed New Midsize Airplane, or NMA. It would fill a gap in the Boeing lineup between the smaller 737 and the larger 777 and 787.

The air show also hosted the kickoff of a joint European fighter jet, and is seeing a growing focus on electric planes and other planet-friendly technology.