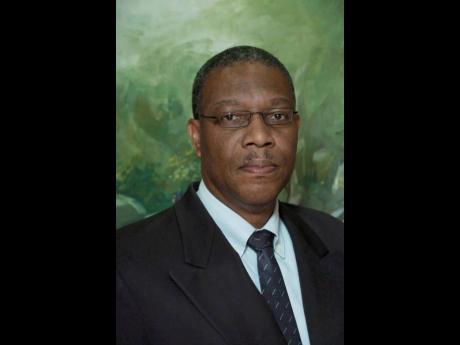 The pact marks the culmination of two-year-long negotiations and will see the credit union setting aside $500 million for lending to registered RADA farmers involved in the production of cash crops.

Under the RADA revolving loan facility, C&WJCCU will lend a maximum of $350,000 to farmers at varying unsecured interest rates ranging from 20 per cent to 32 per cent per annum on the reducing balance to fund expenditures such as drip irrigation, land preparation, machinery, fertiliser and labour.

The new loan facility comes roughly a year after C&WJCCU merged with the St Elizabeth Co-operative Credit Union Limited, SECCUL, which was already in the business of providing secured loans to farmers of the parish commonly referred to as the breadbasket.

“This is really enhancing that loan facility. With the merger, we already have the farmers, we already give loans to buy farming equipment, but we are going to support them again with this unsecured facility through RADA,” CEO of C&WJCCU Carlton Barclay told the Financial Gleaner.

Prior to the merger, SECCUL provided a maximum of $5 million in secured loans to farmers. Under the new $500-million loan facility, all 209,000 registered RADA farmers nationwide will have access to credit for expansion of their operation.

C&WJCCU is also targeting cassava farmers contracted by Desnoes & Geddes Limited, D&G, which now uses the tuber as input for Red Stripe beer. The Red Stripe brewery wants to replace high-maltose corn syrup with up to 40 per cent cassava starch in its brewing processing by 2020 and, as such, has partnered with 120 independent farmers.

While the loan to the farmers is unsecured, Barclay reckons that the credit union will have low exposure to non-performing loans based on RADA’s and Red Stripe’s management of their farm operations, which includes frequent visits to farms.

The credit union has expressed its confidence for full repayment by offering a moratorium period of six months on loans while the crops are in the ground.

“They have targeted farmers right across the island, and we want to support that initiative. We benefit from a protection similar to RADA with D&G, where once the farmers have a contract with D&G we can lend them. D&G will support us by making sure that the deduction for the loan comes back from D&G to us,” said Barclay.

“So we have cash crops, we have the D&G, cassava project, and we support farmers generally with equipment whether it be irrigation systems, tractors and so going,” he added.

C&WJCCU expects that the revolving loan facility will grow its customer base by 1,500 members, ultimately increasing its loan portfolio by $1 billion over the next two years. In return, farmers, particularly those reaping cassava, are expected to increase yield fourfold to 60 tonnes per hectare. Currently, local cassava farms have a yield of 10 to 15 tonnes per hectare.