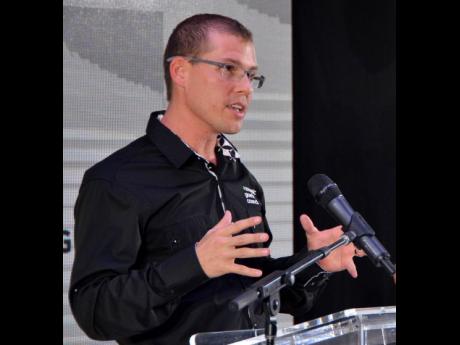 The power utility is rolling out a national pilot programme for a network of EV charging stations within a 30-kilometre radius of each other by March 2020 in partnership with petroleum marketing companies and other businesses.

Total Jamaica told the Financial Gleaner that the company has been approached by JPS but has not yet signed off on an agreement. Still, the venture looks promising for the French-owned petroleum company.

“Yes, we have met with them. In fact, Total just launched a lubricant in France that is going to be one of the first lubricants available in Jamaica for electric vehicles. So we are right up the stream in terms of providing for the future …,” said Network Manager Howard Henry.

The marketing company now has a network of 74 retail stations following the acquisition of Epping Oil Company Limited fuel distribution business earlier this year. By year end, Total is expected to add another two stations, one of which will be located on Old Harbour Road in St Catherine and another “in a central parish,” Henry said.

Mauricio Pulido, CEO of GB Energy/Texaco Jamaica, also told the Financial Gleaner his company is in discussions with JPS “but nothing is set in stone yet”.

“We will disclose more information as soon as we have more solid ground on this,” he said.

Efforts to get a comment from Rubis Energy Jamaica Limited were unsuccessful.

JPS has made more progress on a partnership arrangement with the new AC Hotel by Marriott, a property newly developed by the Stewart family-owned Sandals Resorts International. They also operate one of the top auto dealership networks in Jamaica through ATL Automotive.

Adam Stewart, CEO of the ATL Group and Sandals Resorts, is bullish on opportunities in the local market from expectations that electric vehicle imports will hit 40 per cent by 2030. So he decided to approach JPS on installing electric vehicle charging stations at AC Hotel by Marriott which is located next to ATL’s BMW and MINI dealership at Lady Musgrave Road in New Kingston.

“Partnering with JPS was a no-brainer. We wanted to make our new hotel completely future-proof and we expect to see a large number of electric or hybrid cars in the coming months and years,” Stewart told the Financial Gleaner.

“We approached JPS with the idea and were thrilled to discover they shared our passion and vision for the future of our industry,” he said.

Stewart is now in discussions with various stakeholders regarding a more expansive roll-out of the electric charging stations. The roll-out will start with ATL dealerships in Kingston and Montego Bay, group company properties – both for ATL and Sandals Resorts International – and customers’ homes and, following that, complete introduction to public spaces.

“It’s no secret that the future of the automotive industry is electric and that electric cars are set to overtake the sales of conventionally powered cars within the next decade,” said Stewart.

“As one of country’s leading automotive companies, we’re in exciting dialogue with the car manufacturers we represent on the introduction of electric cars to Jamaica, and it’s our responsibility to not only drive awareness around the technology behind electric cars but also prepare ourselves as a business and our customers,” he said.

In an attempt to fast-track the development of the “full value chain of this new sector,” JPS says it will build, own and operate the charging stations on the properties of its partners.

If Total decides to include EV charging stations at the two new sites being constructed, the locations are required to have a minimum of three parking spaces to allow for more than one vehicle to be charged at a time.

On average, EVs require a minimum of 15 minutes for charging.

Acting senior vice-president of business development at JPS, Dionne Nugent, noted that the utility intends to install charging ports that can fit almost any vehicle.

“There are specialised vehicles that have their peculiarities, like Tesla, so you probably can’t get public charging for those, but we are not ruling it out, “ said Nugent. “However, for our initial roll-out we want to make them as universal as possible so that there is no real challenge,” she told the Financial Gleaner.

JPS plans on building these stations with independent connections to the grid to ensure fast and reliable charging speeds. It means that the site hosts’ electricity bills will not be impacted.

The stations will be a mix of fast-charging stations for drivers who need to charge in relatively short periods of time, and medium-speed charging stations for persons who want to conduct other activities while their vehicle is being powered, such as visitors to business places or a mall.

JPS is in talks with the Office of Utilities Regulation on how it will price the energy distributed at the EV stations. For the pilot programme, JPS intends on wooing customers with an introductory charging rate.