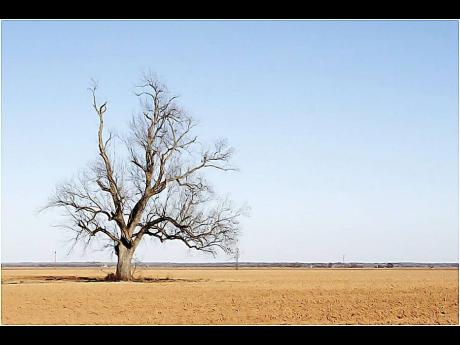 GDP growth rates are one of the market’s favourite metrics for assessing sovereigns.

When comparing two countries, the one with the higher GDP growth rate is often considered to be the better credit.

Of course, the reverse is also true. Countries with GDP contractions are considered to be inferior credits. Last of all, there are the countries that have very low GDP growth rates that become a bit of an enigma, forcing people to search for exogenous explanations.

Therefore, a whole set of value assessments are associated with GDP growth rates. However, people are making the wrong conclusions.

In 1956, MIT Professor Robert Solow made groundbreaking work on GDP growth, for which he was awarded the Nobel Prize in 1987. His research, which is a subset of macroeconomics, provided several important insights. His model begins by looking at a production function. This is a function that converts inputs into output.

In other words, it takes Adam Smith’s three factors of production, land, labour and capital, and converts it into products. Given the dynamic and scalable nature of capital, The Y axis measures output and the X axis measures capital. However, these two are adjusted by population, Therefore, it is output per capita and capital per capita.

The production function is an upwardly sloping curve, similar in shape to a yield curve, which denotes the diminishing returns to scale. The latter is a topic which we have discussed before, but it still seems to be lost on most business leaders. It means that the returns produced by just increasing one factor of production, such as labour, will produce less and less output, unless you expand all of the factors of production.

These were concepts that were already well understood by the economics community. However, Solow’s innovation was the introduction of depreciation and investment. By adding a constant factor to the production function, a new curve could be constructed that mirrored it. This would represent savings or investment. That is, a certain percentage of output would be saved and reinvested.

Moreover, capital has a natural tendency to depreciate. Machines get old and break, technologies become obsolete, roads need to be repaired, etc. The amount that depreciates is a percentage of the capital stock.

The more capital you have, the more you depreciate. This is where the two additional curves begin to interplay. The depreciation function is a straight line and it intersects the investment curve.

If depreciation is greater than investment, then the levels of output and capital will decline towards steady state. If the economy is at equilibrium, then there will be no change in per capita GDP or capital. In other words, the economy will not grow. The further an economy is away from its steady state, the faster will be the rate of change.

Now, the Solow model can allow us to make a better assessment of what is happening in the real world. The fact that China was growing at double-digit rates a few years ago was just the economy trying to reach its steady-state levels.

However, as the GDP growth rate slowed, it was not a bad thing. It was actually a good thing because it was approaching steady state. It does raise a question, does the fact that China’s population growth rate is shrinking mean that the steady-state level could be negative?

That appears to be the case in Japan. Commentators typically condemn Japan for its anaemic growth rate, but it is just stuck in its steady-state equilibrium. In other words, it is where it should be.

What about Mexico? It is often derided for its permanent two per cent y/y GDP growth rate, but given that the population growth rate is about two per cent, then the country is just positioned nicely in its steady-state equilibrium.

How about Venezuela? Why has its GDP been dropping like a stone? The reason is because it has undergone a massive amount of depreciation or capital destruction. The international sanctions and lack of access to the international capital markets has resulted in a situation where depreciation is massively larger than investment.

Hence, the capital stock per capita has been falling equally.