Tourism must deliver greater benefit to all 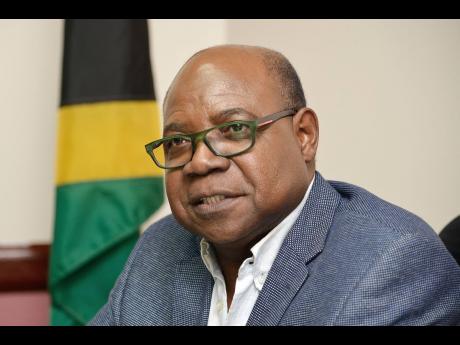 Tourism now dominates most Caribbean economies, drawing huge numbers of visitors and wealth into the region. Despite this, many of those who work in or with the sector have yet to benefit fully from its success.

A few days ago, in the less than likely location of Baku in Azerbaijan, Jamaica’s tourism minister asked a question that few Caribbean governments seem to want to address. That is whether an industry worth US$62 billion to the region in 2018 is delivering benefits in an equitable manner and if its workers and dependent enterprises are receiving a fair share of the wealth it generates.

The minister, Edmund Bartlett, whose name has become something of a byword internationally for new thinking about tourism, said that if the sector is to be truly sustainable, it must deliver a more equitable distribution of earnings and provide greater equality among stakeholders.

Speaking at an Executive Council meeting of the United Nations World Tourism Organization (UNWTO), he asked whether an industry that generated US$1.7 trillion globally in 2018 and created one in 11 jobs is delivering all that it should, particularly in the world’s most tourism-dependent regions. The industry’s growth, he said, “begs the question of the distribution of this enormous wealth and the impact that it is having”.

He went on to ask why nations in the Caribbean where the industry averages 40 per cent of GDP and is the most tourism dependent in the world should also be characterised by high unemployment, a high debt to GDP ratio, seemingly intractable social concerns, and high levels of income inequality.

Quoting UNWTO statistics, he also made the point that while 80 per cent of global tourism was provided by owners of small and medium-sized tourism enterprises, they received less than 20 per cent of the returns.

“This is hugely disturbing and creates asymmetry and imbalance, and that picture doesn’t look so good,” Jamaica’s tourism minister said, indicating that the industry, globally, as well as in the Caribbean, needed to consider how its impact could be more positive, equitable and inclusive. Tourism, he said, should become not just a receiver of visitors and taxes, but a driver of more ­equitable growth.

The minister is right to try to start an international debate about who owns tourism, an industry in which the most vital inputs are provided by the host country in the form of beaches, cities, seas, and, of course, its citizens.

Tourism is an industry that makes use of often fragile environments in economies and locations that require holistic rather than gated development, requiring big minds that recognise that the sector has the ability to bring great ­sustainable benefits to the citizens and governments of any country willing to share their nation and environment with others.

For a sector increasingly dominated by global brands and a desire to exploit the value of beautiful or interesting locations to the principal benefit of corporations and shareholders, this may seem revolutionary, even dangerous. However, if they value commercial continuity, such thinking is little more than common sense.

Nevertheless, there appears to have been little detailed economic research exploring the link between tourism growth and persistent social problems of the kind mentioned by the minister, let alone any policy response.

This appears to be because most governments and the industry after the free-wheeling experience of the 1970s have come to see investment, ever-increasing visitor numbers, profit, and taxation as the overriding objective.

There are, however, a small number of interesting academic and governmental studies that suggest that ever-increasing visitor arrival numbers may actually drive down wages as nations and hoteliers seek to profit from mass tourism.

Tellingly, recent industry-led research by the Federal German Tourism Association, the BTW, in relation to 89 developing countries and emerging economies, has concluded that while increases in international tourism cause income inequality to initially decrease, it then increases, making long-term inequality permanent.

Unsurprisingly, perhaps, most commentary on how to capture the tourism dollar in ways that ensure greater equity principally comes from NGOs such as Tourism Watch, which has been exploring with others how to relate the industry to the globally agreed 2015 UN Sustainable Development Goals.

The group says that to achieve the UN targets by 2030, the trend to inequality that tourism has created must be reversed. It also observes that the popular assumption that growth in tourism automatically leads to development and diminishes inequalities is neither supported by the facts nor is it realistic.

It argues that sustainable tourism should not be a goal in itself as it will not bring change. Sustainability in tourism, the NGO says, needs to be measured against the ways in which tourism contributes to reducing inequalities.

The problem with this is that while inequality between nations has been declining in recent years, in-country inequality, according to the World Bank, has been ­accelerating globally.

In the case of almost all of the Caribbean, and despite its middle- or high-income economic status, most nations have seen income inequality accelerate. Put bluntly, the incomes of the poor relative to the rich have not increased as a result of surging tourist arrivals.

The challenge this poses to government and the industry as a whole is that it requires both the public and private sectors to substantially revise the view that all tourism, accelerating arrival numbers, and perpetual growth are good for all and that the taxation and economic inputs that foreign visitors and investors provide will always have a positive economic outcome for society as a whole.

Minister Bartlett’s words suggest that that at least one person in a position of influence has understood the need to realign the industry’s objectives with those of citizens; that the value of Caribbean tourism as currently structured will peak and may soon reach a turning point; and that the industry, in the national interest, requires new thinking.

Tourism has moved on from being perceived as an industry involving servitude to one largely accepted as being central to the region’s economic future, ­assuming agriculture, fisheries, and manufacturing can be better integrated. What is needed now is a broad-based debate that asks how the region and its people might benefit more from ­tourism’s success.