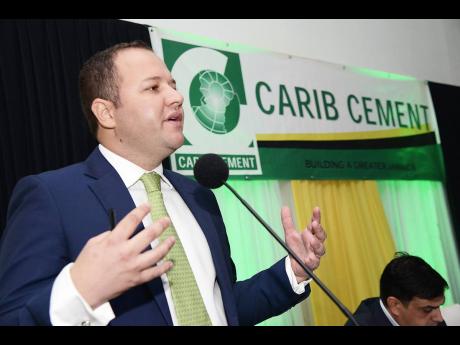 The cement maker made the announcement through a notice on the Jamaica Stock Exchange.

Donkersloot will be replaced by Yago Castro Izaguirre, the current General Manager of Arawak Cement Company Limited in Barbados. Like Donkersloot, Izaguirre also held different positions throughout the Cemex group.

The management change at CCC takes effect on August 1, 2019.

Donkersloot, who has more than 11 years of experience in the cement industry, was appointed General Manager of CCC in November 2016.

Under his leadership, CCC received approval to develop a new limestone quarry and extend its gypsum quarry on lands close to its plant at Rockfort, Kingston. The expansion will allow CCC to process up to 200,000 tonnes of gypsum and 800,000 tonnes of limestone per year.

Last year, Donkersloot also oversaw a three-pronged deal with parent company Trinidad Cement Limited to buy-back its manufacturing assets, a move that is expected to save the company billions of dollars annually.