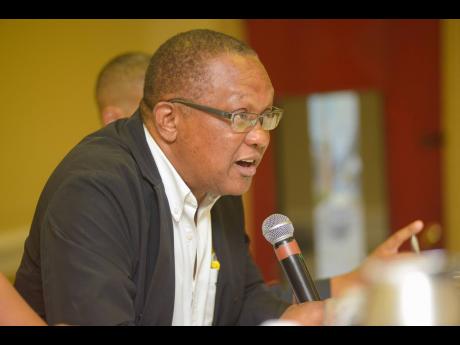 Sales have slowed at Jetcon Corporation, leading to a build-up of inventories, but Chairman John Jackson says the company is doing better than some auto dealers amid a downturn in the market.

The industry, he said, has seen an overall 32 per cent decline in sales. Jetcon’s current fall-off is below 20 per cent.

“While the industry seems to be under some amount of pressure at the moment, Jetcon has, generally speaking, been able to stay well above what the rest of the industry is doing,” Jackson told shareholders at the company’s annual general meeting on Tuesday

He theorises that the market downturn may be attributable to customers realigning their finances to qualify for mortgages as the housing market gains strength. The real estate sector is being stimulated by a reduction in transfer taxes and stamp duties and a lowering of the mortgage rates from the National Housing Trust, policies initiated in April by the Government.

Jetcon reported revenue of $246 million in the first quarter ending March, a 19.5 per cent decline from the $306 million of sales racked up in the comparative March 2018 period. The decrease follows a flat year in 2018. Annual sales dipped 1.3 per cent, from around $1.18 billion to $1.16 billion.

Jackson says the slowdown in sales has caused an inventory build-up, which hit an all-time high of $434.65 million last December, up 10.4 per cent year on year.

Since then inventories have fallen to $401 million and Jetcon is reporting signs of an uptick in the market post-quarter. Jackson says sales for May and orders for June are encouraging.

The pre-owned auto dealer also carved $39 million off its cost of doing business in the March quarter, which the chairman attributed to the company’s participation in the motor vehicle special economic zone at Tinson Pen in Kingston. Through the facility, Jetcon is able to import a larger number of vehicles and save on shipping and storage costs.

Managing Director and founder Andrew Jackson told the Financial Gleaner that Jetcon’s projected sales of pre-owned vehicles through the Tinson Pen facility to the rest of the Caribbean has not materialised. Andrew and John are brothers.

“The outlook is not particularly positive because the rest of the Caribbean is having very serious foreign exchange problems. But it hasn’t died completely,” the MD said of the regional distribution plan.

He is looking to local sales to other used-car dealers to deplete the current stock. Jetcon trades in all the popular Japanese brands, including Subaru for mid-sized cars and SUVs, Mazda and Nissan for small cars, and Toyota for sedans and small cars.

Meanwhile, in response to questions from shareholders earlier at the AGM, Andrew Jackson called for the temporary removal of all duties from electric vehicles (EVs) on the expectation that EVs will be a serious growth area in the future, despite the current resistance by car buyers.

“We have imported some, and the few that are on the road are generally used cars from Japan,” the managing director said.

The duty on an electric car is higher than any other car on the roads, he said, at 30 per cent.

“All other cars are 20 per cent and vans are 10 per cent. In every country that electric cars have done well, there has been a regime of government incentives for people to buy these cars,” said Jackson.

“To my mind, the import duty on electric cars should be treated like solar panels. Those duties, including GCT, import duties and the others, should be zero. We should at least do it for a time until the numbers start making sense,” the Jetcon MD said.