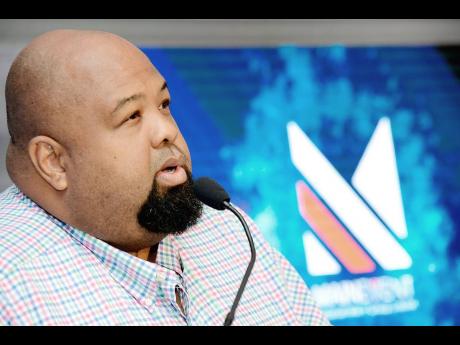 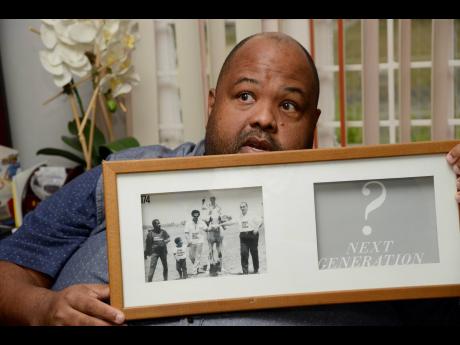 Main Event is now probably the most well-known name in entertainment production and equipment rental. It also has a fast-growing digital advertising arm.

But the listed company that turns 15 this year and grew half-year net profit at April 30 by 15 per cent to just over $93 million, is not satisfied with its steady, profitable performance.

Solomon Sharpe, CEO and shareholder of Main Event Entertainment Group Limited, which trades as MEEG on the stock market, says the business is operating in a $5-billion market, from which he aims to corner $2 billion in annual sales in the short term.

He wants to do better that the $600 million of revenue MEEG collected last year, and he is aiming for $100 million in half-year profits and $200 million in annual net profits.

In an interview with the Financial Gleaner, Sharpe said the company will be leaving no option off the table as it looks to new markets, a bigger slice of the meetings, incentives, conventions and events or MICE, business, as well as possible mergers and acquisitions to satisfy its appetite for growth.

“The scope for growth is in festivals, tourism and experiential tourism marketing,” Sharpe suggested.

As chairman of the Supreme Ventures Limited subsidiary, Supreme Ventures Racing and Entertainment Limited, he disclosed that the racing company will be pumping up marketing activities to bring tourists to its big horse racing championships at Caymanas Park in St Catherine.

Earnings aside, Sharpe has his eyes on the market value of the company that went public through an initial public offering two years ago, putting up some 60 million shares at $2 per share and attracting offers for more than three times its $120-million target.

Listed on the junior market of the Jamaica Stock Exchange at a $673-million valuation in 2017, MEEG has seen its stock price peek at $7.79 in June last year, and with some 300 million shares outstanding, was valued at over $2 billion then. The stock traded at $6.16 on Wednesday, valuing it at $1.8 billion.

“We operate in a market-driven economy, so we have to stay on the grind and we have to keep working, but I have no doubt that we are going to move this company forward to potentially being a $3-billion company,” Sharpe said.

While talking numbers, Sharpe makes it clear that financial gain is not the first order of business for Main Event. That would be providing service of the highest quality to its growing list of clients. He considers himself, too, the biggest service provider to his young team of creatives and events coordinators.

In fact, the businessman and events management specialist appears peeved that MEEG’s competitors continue, in his view, to limit the potential of the market by offering cheap rates that come with inferior service. “They don’t understand how big the market is, so instead of us working together to grow the pie bigger and offer better, more efficient services to our clientèle, they are coming to the market with ‘cheap’. Cheap can’t pay the bills and cheap can’t deliver,” he said.

The straight-talking businessman makes no apology for Main Event’s services coming in at a being premium, or what he termed “right-priced”.

“If you check Main Event against its competitors, you get great value from us and we know how to deliver scale,” Sharpe says.

The CEO reflects on the evolution of the company that he says started as a part-time gig doing events management projects as a partnership between himself and shareholder Richard Bair. With no capital in hand at the outset, he says the business was built on cash flow, with company expenses being given priority and the partners taking care of personal expenses only when those had to be paid.

The market was tight, as many companies were said to be “right-sizing” and looking for the best value for their marketing dollar. Sharpe and Bair set out to earn the confidence of the marketing managers of these businesses, including Desnoes & Geddes/Red Stripe, where he had previously worked for nine years – rising from a summer intern to becoming head of promotions and sponsorship.

The Red Stripe account, and other major clients, such as National Commercial Bank and J. Wray & Nephew, which now have their own implementation units, have been pivotal to MEEG’s earnings and growth.

He says the company now has the corporate structure, staff, board and capital to deliver service of the highest standard, and in so doing, expand its market and grow the business. The Harriat ‘Harry’ Maragh-led board of Main Event also includes Human Resource Director Donna Waithe, management and aviation consultant Dr Ian Blair, founder of Paramount Trading Hugh Graham and Mayberry Investments Senior Vice-President and MEEG’s business mentor, Tania Waldron-Gooden.

Sharpe says the company took the time between receiving advice to list on the stock market and actually taking the decision to launch its IPO to build its capacity for service delivery.

Junior market companies get 10 years of tax waivers at listing, but Sharpe said that was not what drove the company to the market.

“When we went public it was never for tax incentives. It was to bring transparency to our business; to bring compliance throughout our entire business.”

In a pitch to investors and bankers, Sharpe said the formal corporate structure should now assure financiers that their investments and safe with a publicly traded company that is in the market for the long haul and abiding by all the legal and regulatory codes.

The Campion College graduate, who did university studies in the United States in business management, with a double concentration in marketing and sports management, credits MEEG’s success to its efficient and nimble operations run by a team of young and brilliant creatives and logistics coordinators, supported by cutting-edge technology and a continuously growing asset base.

A new division, set up in western Jamaica since 2016, has also been driving increased business in that part of the country.