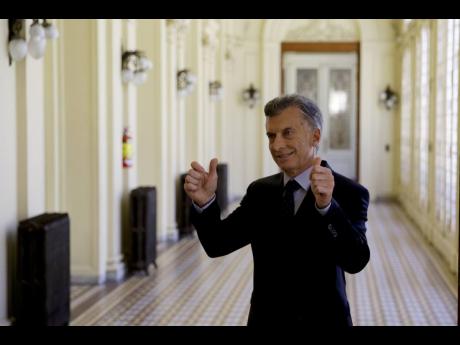 What is Peronism? At a very simple level, it is nothing more than populism. This is the application of policies that appeal to the lowest common denominator.

Lately, immigration has become the lowest common denominator in many developed countries. However, in Argentina, the populist movement goes a step further because it is the embodiment of an individual – Juan Domingo Perón.

About a century ago, Argentina suddenly emerged as one of the wealthiest countries on the planet. Once a backwater of the Spanish colonial system, it was bereft of the precious metals that made the other Latin American colonies so important.

Its open expanses of grasslands were suitable for cattle ranching, but their only exportable product was their leather hides. That is until the advent of steam transportation and refrigeration at the end of the 19th century. Newly constructed railroads moved cattle to the main ports, where they were butchered and their carcasses loaded into refrigerated cargoholds on steamships that would race across the Atlantic.

Overnight, Argentina became famously wealthy. Unfortunately, the wealth was not equally distributed. It was mostly concentrated in a small cadre of landowners. There was some demand for skilled labour, such as conductors, stevedores and abattoir workers. However, it was not enough to employ all of the throngs of Europeans that were escaping religious prosecution, as well as the unification upheaval in Germany and Italy.

Penned into slums, these immigrants clamoured for political and economic equality. Important advances on the political front were achieved by the Radical Party, the UCR, but given the rent-seeking nature of the Argentine economy, nothing happened on the economic front.

However, the situation changed radically with the onset of World War II. The demand for raw materials soared as the developed world ramped up its production of armament. War-ravished Europe needed to import its food, and the US had to feed its huge armies.

Unlike Brazil, which joined the allies early on, Argentina sold commodities to both sides at exorbitant prices. In the process, the country found itself with a windfall. The central bank ran out of vault space, and it was forced to stack gold bars in the hallways.

Running out of specie, the United Kingdom ran up enormous debts with Argentina. The so-called serial defaulter was now a mega-creditor. It was in this context that Juan Domingo Perón came into the presidency.

Armed with a treasure trove of financial resources, Perón quickly used his windfall to buy up foreign assets. This created a golden opportunity to create a plethora of state-owned positions. He transformed the country from an export-based economy that was controlled by a tight-knit group of wealthy landowners, to an insular state-dominated economy supported by a new middle class.

In other words, Perón was able to deliver what the Radicals had never been able to do. He provided economic equality, something that the middle class – as well as the political class – would never forget.

Peronism is the embodiment of one of the most transformative political personas in Argentine history. He, along with his wife Evita, was able to help redistribute the riches of one of the wealthiest countries on the planet. Politicians who run under his name are a personification of the figure.

The Peronist movement takes on the character of an almost semi-religious possession that not only appeals to the lower classes, but to large swathes of the middle class. This is the reason why politicians from the economic left and right will swear with equal conviction their commitment to Peronist ideals. It is also why five out of the six presidential and vice-presidential candidates for the upcoming election are Peronists.

Moreover, it is the reason why the fact that President Mauricio Macri’s ability to finish his term in office will mark a major milestone. It will be the first time in 75 years, or since Peron first came into office, that a non-Peronist has been able to fully serve out their term without having been forced out by a coup or an economic crisis.