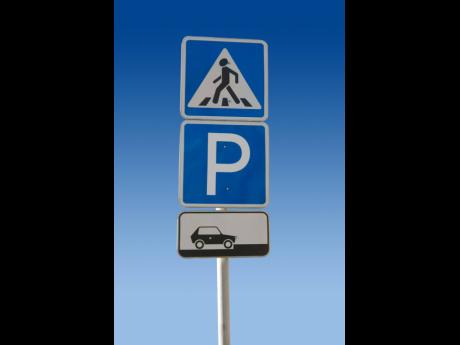 One reader, shortwave02001@gmail.com, wrote − in reference to my statement that jaywalking laws do not exist here – “the law is there but the fine, I believe, is $5”. My reaction to his comment was a question: Why hadn’t I checked the 2018 Road Traffic Act (RTA) that will come into operation later this year before writing the piece? After I read sections 83-84 of the law, I spotted mistake number one.

The second mistake was when I quoted – and accepted as gospel -– the United Kingdom solicitor’s argument that “cars have insurance, pedestrians do not”. That statement was incorrect, as I will show later.

Can risk-averse pedestrians protect themselves against lawsuits from motorists if it was alleged that they failed to exercise care when using public roadways and their negligence caused motor vehicle accidents? Does the insurance market offer any protection against this kind of risk? I failed to answer these questions in last week’s article.

The fourth error was, to be very, very picky, the headline. It was misleading. It should have read: Can pedestrians be held accountable for traffic accidents? The article’s aim was to show the difficulties involved in assigning blame to all classes of pedestrians for causing motor vehicle accidents – not just the distracted ones.

The Duties of Pedestrians

Many pedestrians behave as though they own the roads. The way they act is sometimes not dissimilar to some motorists, especially those who drive public passenger vehicles or ride motorcycles.

Sections 83-84 of the RTA highlight the pedestrian’s right of way in pedestrian crossings and describe how they should behave. When motorists do not yield to pedestrians at crossings, the law says, “the driver commits an offence”.

New rules state how pedestrians should and should not use the roads. They are as follows:

“(2) A pedestrian shall not suddenly enter a pedestrian crossing and walk or run into the path of a vehicle which is so close that it is not possible for the driver or operator to yield.

“(4) A pedestrian, on a road which has no sidewalk or footpath abutting the road shall walk as near as is practicable to the edge of the road, except where the presence of pedestrians on the road is prohibited by a prescribed road sign.

“(5) A pedestrian shall not cross a road without satisfying himself that the road is sufficiently free of oncoming traffic so as to permit him to cross the road safely.

“(6) A pedestrian, when crossing a road by means of a pedestrian crossing or in any other manner, shall not linger on the road unnecessarily.

“(7) A pedestrian on a road shall not act in a manner that constitutes, or is likely to constitute, a source of danger to himself or to other traffic which is or may be on the road.”

When pedestrians violate these rules, the law does not say that they have committed an offence. In the case that was the subject of last week’s article, the three pedestrians who were walking in the middle of the road in Havendale, when grass-covered sidewalks were present, assuming the new RTA was in force, were violating the rules.

In order to successfully make a claim against them, the motorist who wrote me would have to prove that an accident was, on the balance of probability, greater than 50 per cent, their fault and obtain compensation from them.

The RTA insulates pedestrians from monetary and other penalties when they disobey it. Despite this, they can be sued under civil law when they cause accidents. Additionally, some pedestrians may have insurance protection against these kinds of events even though they don’t know about it.

The coverage typically would be described this way: ‘We will indemnify you in respect of legal liability … in a personal capacity for accidents occurring within Jamaica …. up to a sum of $5 million any one accident or (during) the period of cover.’ I saw nothing in the contract that I examined that leads me to conclude that the insurance protection would not operate in a situation where a pedestrian caused a motor vehicle accident for which they were legally at fault.

The RTA – item 7 of Section 84 – recognises that pedestrians can act in a manner that constitutes a source of danger to themselves or to other traffic.

As indicated in last week’s article, the chances of obtaining compensation for a motor vehicle accident that was caused by the negligence of a pedestrian is likely to be very difficult.