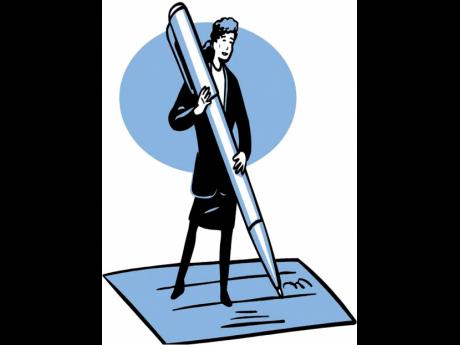 Most adults who live and work in Jamaica are used to watching everyday transactions like hawks.

Every invoice, payment, or message must be tracked carefully due to the mistakes companies make in even simple matters.

A $300 bill becomes one for $3,000. An email with a straightforward request gets lost. A phone rings without an answer. Most Jamaican organisations have an issue dealing with their own recurring errors.

Compare this to the environment surrounding our world-class athletes. In post-race interviews, they often contrast their planned versus actual execution. They continually examine their performance to remove faults in ways our companies don’t.

But there’s a bigger problem afoot. In the public sphere, while we laud the construction of grand highways, we fail to fix ordinary potholes. Ribbons are cut to launch projects to widen roads, but within days, the site looks like a war zone, as if project management had never been invented.

The challenge is that we focus on the initial vision and the excitement around it, but when it wears off, a series of recurring mistakes becomes par for the course.

Is your company facing a similar test? Do you put a lot of effort into launching new initiatives but fail to solve repeated mistakes?

If you are in doubt as to the answer, ask employees. They are the ones who complain about these maddening execution problems. But what drives them nuts is not the issue itself, but the manager who chases symptoms rather than causes.

The plain truth is that complex issues require people to cross functional or hierarchical boundaries. This means that they must put themselves at risk. But it’s far easier to fire-fight and complain than to be brave.

This managerial cowardice allows execution problems to continue. If this phenomenon sounds familiar, how can you transform the situation?

The problem with a common term like execution is that everyone thinks they know what it means and therefore uses it loosely. After a while, it loses whatever meaning it ever had.

Research shows that sometimes issues recur when companies don’t have a rich enough language to describe them. In other words, they can’t even talk about the challenge in a fruitful way.

To bring an overused concept to life, you’ll need to redefine it afresh so that it meets the unique needs of your environment.

For example, let’s imagine you coin the phrase ‘flawless execution’. It could equate to completing a function or process such that there are no mistakes that create further problems.

With that in mind, flawless execution can be adapted as a new universal standard that everyone is taught to use. It should become part of the performance management system as well.

Many companies are happy to employee workers who simply take orders without taking any additional initiative. In other words, the manager’s job is to think and direct, while those underneath them should merely follow.

In modern organisations, this common approach leads to disaster.

While passive employees may be able to solve simple problems, challenges that require some thinking and coordination with others demand more. In other words, staff must have the power to take the initiative without the manager being involved.

Managers who try to micro-manage end up becoming overwhelmed. So do those who try to do all the thinking.

The solution is for managers to transform all the ways in which they undermine employee initiative. The best leaders are vigilant: they actively seek feedback on their approach to managing others to discover where they are preventing staff from problem-solving. They get themselves out of the way and ask employees to let them know when they become controlling or otherwise offensive.

But is this enough?

Unfortunately, even motivated employees find that solving tricky process problems isn’t easy. Not only are excellent communication skills required, but a capacity for critical thinking and data analysis are a must.

Most employees are weak in these areas and lack training. A smart leader will develop these competences in a systematic fashion, knowing that as they do so, they help staff solve recurring execution problems on their own.

In other words, it’s the only way to implement a new ideal like ‘flawless execution’.

Given the fact that our athletes and coaches use these techniques every day to achieve world-class standards, it makes sense for our organisations to try to do the same. Even though it’s more difficult to do so in groups of people, the rewards are more far-reaching.

- Francis Wade is a management consultant and author of ‘ Perfect Time-Based Productivity’. To receive a Summary of Links to past columns, or give feedback, email: columns@fwconsulting.com