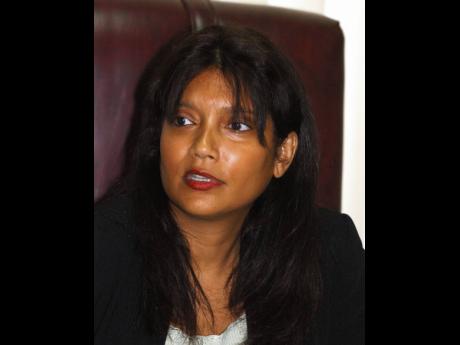 Key Insurance Company, known for its motor and property policies, has developed a turnaround plan for the business to achieve profitability and improve its capital ratios.

It comes in the wake of a breach of Key’s minimum capital test for its full year ended December 2018, which its auditor, PricewaterhouseCoopers, PWC, called a “primary measure of solvency”.

Insurance regulator The Financial Services Commission, FSC, requires an insurer’s capital to surpass a measure of what it insures by two and a half times, or 250 per cent. For the 2018 financial year, Key’s MCT was less than half the requirement, at 112.5 per cent, and also less than half the 266 per cent level the company achieved in financial year 2017.

The FSC requires that companies file their MCT estimates on an annual basis, but Key will submit its MCT on a monthly basis as part of its turnaround plan.

“The financial projections from the company’s turnaround plan show the company meeting its required MCT for each month from February 2019 to the end of December 2019 and as at December 2020,” said the company, which trades on the junior market of the Jamaica Stock Exchange.

The regulatory shortfalls are hinted at in its operational performance. While Key’s net premiums hit a high of $1.15 billion in December 2018, up nearly 48 per cent from $778.7 million a year earlier, claims grew at a faster pace to surpass $1.1 billion. It resulted in a $167.5 million net loss for Key.

Efforts at comment from Key Managing Director Sandra Masterton and the FSC were unsuccessful. Key’s finance director, Jacqueline Johnson, told the Financial Gleaner that Masterton was best suited to discuss the turnaround plan.

The company said in delayed market filings of its financial results that it had undertaken a series of actions within its turnaround plan, which includes an ongoing “communiqué” with the FSC to assess the company’s regulatory targets.

It also undertook asset disposals in late 2018 and early 2019, which shifted the portfolio to less risky assets. The realignment resulted in the reduction of regulatory capital requirement by $37.6 million, the company said.

Between January and April, the MCT ratio showed improvements, clocking in at 235 per cent, 372.4 per cent, 406.1 per cent and 382 per cent, respectively. Only January fell below the regulatory capital requirements.

Auditor PwC said its audit of the company’s 2018 results focused on the MCT because Key’s compliance has a direct bearing on its ability to maintain its licence to sell property and casualty insurance in Jamaica. The auditor affirmed that Key was meeting the MCT targets in the months following the audit period.

“Based on the procedures performed, management’s plans and assumptions used in its capital and net profit projections are not unreasonable,” PwC said.