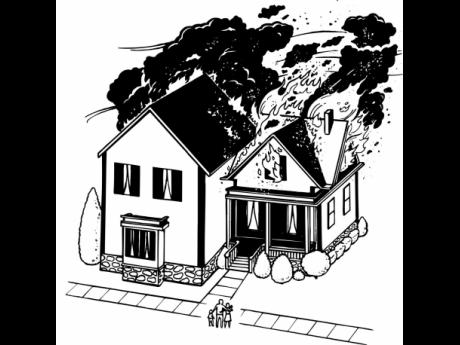 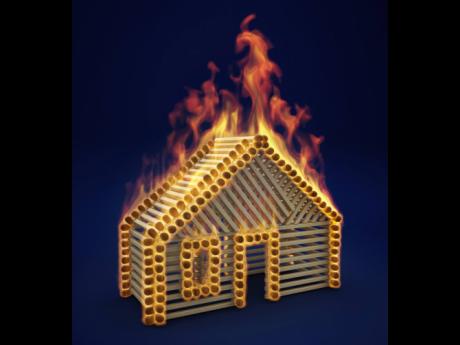 QUESTION: My house burnt down in 2017. The fire began in a vehicle that was parked in the carport. It spread to engulf the car and destroyed the house. The former was insured under a comprehensive motor policy. The house was not insured. The car was owned by the former tenants. They vacated the premises without saying anything about rebuilding my house. I do not have any money to pay for the repairs and am losing rental income. Shouldn’t the tenants’ motor insurers fund the repairs? The insurers have paid the tenants for the loss of their car.

INSURANCE HELPLINE: I am very sorry to learn about your series of misfortunes. The loss of your house, the continuing loss of income, the absence of insurance or a nest egg to fund the repairs, and, finally, the actions of your former tenants not to accept responsibility for the destruction of part of your valuable real estate. Those experiences invalidate the popular superstition – which scientists have debunked – that bad things usually happen in threes.

Bad things happen all the time. But because of confirmation bias (the tendency to cherry-pick information that confirms beliefs and overlook examples that don’t), apophenia (looking for patterns in random data in a way to extract order from disorder), and cultural biases in religion, the Holy Trinity, for example, we have an affinity to group things in threes.

Your case reminded me of a single car accident someone told me about. It occurred at night in the Bog Walk Gorge, recently. A motorist was forced off the road by a truck travelling in the opposite direction and on the wrong side of the road. No other vehicles were present.

The truck failed to stop. The other vehicle, which was insured under a third-party policy, fell about 20 feet into a gully in attempting to avoid a head-on collision. Its driver is now faced with medical bills, the cost of replacing his vehicle, and no chance of tracing the errant truck driver whose negligent action nearly killed him.

Motor insurance was created because the Motor Vehicles Insurance (Third-Party Risks) Act made it unlawful “for any person to use, or to cause or permit any other person to use a motor vehicle on a road, unless there is in force, in relation to the user of the vehicle, or that other person, as the case may be, such a policy of insurance or such a security in respect of third-party risks as complies with the requirements of this Act.”

Section 5(1) of the law states: “In order to comply with the requirements of this Act, the policy of insurance must be a policy which … insures such person, persons or classes of persons, as may be specified in the policy, against any liability incurred by him or them in respect of: (i) the death of, or bodily injury to, any person; and (ii) any damage to property, caused by or arising out of the use of the motor vehicle on the road”.

Liability, according to the Cambridge Dictionary, is defined as “the responsibility of a person, business, or organization to pay or give up something of value”.

Four words in Section 5 explain why the tenants’ insurers will not fund the cost of repairing your house. They are ‘liability’ and ‘on the road.’ These words operate like twin triggers under the tenants’ motor insurance.

For your claim to succeed, you would, therefore, have to show that: (a) the tenants were legally liable for the fire that burned your house down, and (b) that the fire occurred ‘on the road.’ Even if you were to prove (a), you would be unable to prove (b). The insurers would still be within their legal rights not to pay.

Dozens of forest fires occurred in California in 2017 and 2018. Those events resulted in scores of deaths and billions of dollars in property losses. The state’s electricity utility is said to be facing US$30 billion in lawsuits for its alleged fault in causing these incidents and, as a result, has filed for Chapter 11 bankruptcy.

According to Forbes magazine: “There is alleged evidence of negligence (on the part) of the utility including their refusal to address complaints of sparks along some of their transmission lines, as well as repeated failures to shut off power lines amidst high winds in the area before the fire broke out. Claimants allege a continued pattern of carelessness … and the utility could face criminal charges if found guilty. It is important to note that unique to stringent California law, a public utility is liable if its equipment caused a fire, even if the company followed safety policies.”

The tenants can walk away free unless it can be shown that there was a consistent pattern of carelessness that caused the fire.

Bad things are an inescapable part of life. Many of us are prone to forget this until they happen. Developing strategies to cope with these events before they occur is preferable to simply hoping that they will not happen, and doing nothing.