David Jessop | Cuba: overcoming the inertia of the tired 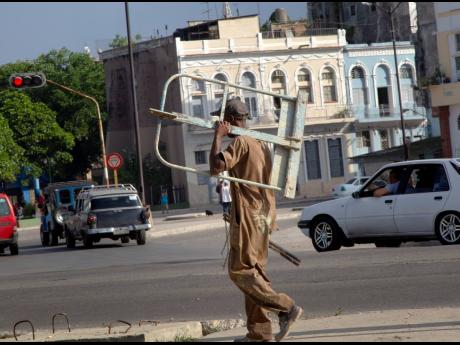 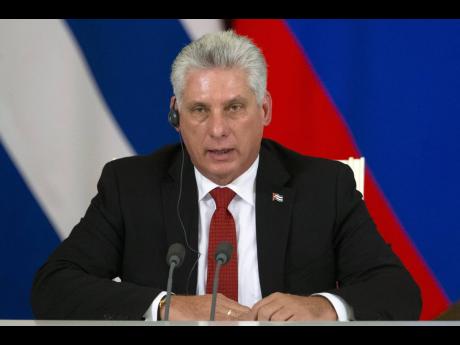 Just over a week ago, President of Cuba Miguel Díaz-Canel, said that starting this month, all state-employed workers will receive the first of what is likely to be several salary increases.

His widely reported announcement responded to shared concern among Cubans that their salaries have become inadequate in relation to the cost of living.

Far more significantly, however, and barely mentioned outside of Cuba, the decision was just one of several potentially far-reaching economic reforms.

In his remarks – subsequently published under the headline ‘Update of the Cuban Socialist Model’ – President Díaz-Canel told participants at a meeting in the city of Pinar del Rio that Cuba is about to embark on what might best be described as an unconventional process of economic reform, and the long overdue process of breathing new life into the country’s struggling economy is about to begin.

Taken together, the new approach appears to break decisively with the concept of a top-down centrally directed socialist economy in favour of one that is still socially oriented but managed within a plan derived from bottom-up inputs and decentralised and more liberal decision making.

While the ideas still have to be formally considered by the country’s National Assembly and its commissions when they meet later this month, President Díaz-Canel made clear that what is being proposed has been “systematically debated” for months by a working group that included academic economists and other experts.

Space does not permit more than an outline of some of the new measures, but the proposed increase in salaries is closely related to reforms to pricing, which are intended together, to quote Cuba’s president, to bring about “monetary and exchange unification and the elimination of subsidies”.

At present, Cuba has two currencies that operate in parallel, resulting in very low national peso, CUP, prices for the basic goods and services that Cuba’s system guarantees, while most other items considered less essential are valued in convertible pesos, CUC, creating distortions that damage the country’s ability to develop. Since currency unification is likely to be inflationary and make CUP-earning Cubans poorer, gradual but significant increases in state salaries, along with subsidy reform and encouraging savings are the essential precursors to change.

For this reason, the decision to address both wage and prices marks the start of what will be a complex and potentially socially disruptive process leading to a single currency. As such, it represents a major change of policy designed to make the management of Cuba’s socially oriented economy and stimulating growth more orthodox.

The new measures go further, breaking with the past by seeking to incentivise initiative and success. For example, in future state enterprises, will be allowed to retain any surplus beyond what is due to the state and to decide themselves whether such sums can be reinvested or used for co-investment with foreign companies or non-state enterprises.

By encouraging state companies to take their own decisions as to how to increase efficiency and productivity and allowing them to incentivise workers within more generous guidelines, Cuba’s Council of Ministers hope that domestic self-sufficiency will increase.

President Díaz-Canel also said that a development bank is to be established that will be able to finance projects separately from existing state allocations given to enterprise and that other measures yet to be announced will aim to encourage agricultural production and municipal self-sufficiency.

Essential to all of this, he said, will be the strengthening of accounting, accountability, and “overcoming the inertia of the tired”. He also signalled that the measures proposed, which are inter-related, may have to be adapted, and if successful could lead to further reforms.

All of this may seem timid in relation to the measures taken to stimulate growth in the free market economies of the rest of the region. However, in a Cuban context they represent a significant step towards freeing the market by devolving decision making to managers, enterprises and collectives in ways that enable both the state and all state workers to benefit from success.

Put another way, the system being proposed incentivises those in the state economy to take decisions, take responsibility for their actions and benefit from them within certain limits, rather than just trying to meet unambitious or over ambitious targets determined by bureaucrats.

How well Cubans adapt to this, if the country can overcome its initiative-stifling bureaucracy and dated structures, and whether influential conservatives within the higher reaches of the Cuban Government and Communist Party allow such changes to become irreversible, remains to be seen.

Paradoxically, however, US policy may unintentionally be on the side of the economic reformers.

So swingeing has been the effect of Washington’s new sanctions and so extreme the remarks of individuals such as the US National Security Adviser, John Bolton, that senior figures in Cuba’s Communist Party and government appear to have accepted that to survive, Cuba’s idling socialist system has little option other than to undergo rapid reform, adopt new thinking, become more internally self-sufficient, appeal to the young, and increase efficiency and productivity.

Just as surprisingly, the extraterritorial effect of US sanctions and the appalling internal situation in Venezuela may also be helping Cuba.

For the first time, Washington’s close allies have become publicly critical of its Cuba policy, making clear their concern that isolating the island at a time of generational change is counterproductive, destabilising, undermines free and frank discussion on reform, and creates significant new openings for Russia and China. They have also recognised that Cuba may have a unique role in helping resolve the internal political and humanitarian crisis in Venezuela.

In his remarks, President Díaz-Canel said that Cuba now has greater potentialities, is more prepared, has developed a concept of resistance over sixty years, and has learnt from the experience of surviving the period of extreme austerity which followed the collapse of the former Soviet Union.

For the sake of the Cuban people and regional stability it is to be hoped that this new and unconventional approach works, and that Cuba’s liberal reform-minded economists can successfully deliver a basis for further socially oriented economic change.