Coffee farmers to register by July 31 or lose business 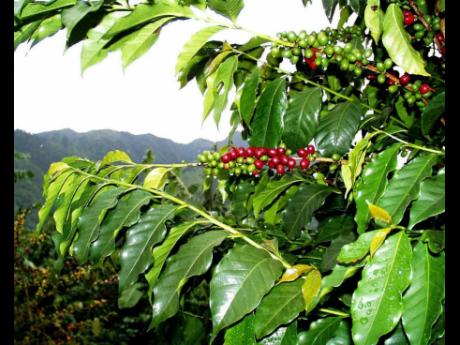 File
Coffee cherries hang from a tree in the mountains. A new registration drive aims to map all Jamaican coffee farms and farmers by July 31, 2019.

The Jamaica Coffee Exporters Association, JCEA, says it is working with the Jamaica Agricultural Commodities Regulatory Authority, JACRA, on a registration drive for coffee farmers, an initiative that sector leaders say could help clamp down on the theft of beans.

The National Coffee Farmer Registration and Tracking System, FRATS, aims to map all farms and farmers in the sector in both the Jamaica Blue Mountain and non-Blue Mountain regions. Registration began this month.

JACRA has indicated that all coffee farmers must be registered by July31 in order to sell cherry coffee to processors as of August 1, which marks the start of the new crop year for 2019-20.

“Originally, we estimated that there were approximately 7,000 coffee farmers in Jamaica, but the registration has revealed that it is less, so we are now projecting 5,000 as the new forecast,” said the JCEA president regarding the FRATS target.

The cost of administering the programme, he added, was estimated at $10 million.

Grant noted that traders who are already registered and licensed will be restricted to buying from the farmers who are registered in JACRA’s database.

The JCEA president, who is also CEO of Mavis Bank Coffee Factory, said registration would assist with the curtailment of praedial larceny, or the theft of agricultural produce, “which now costs the agricultural sector an estimated $6 billion”, by limiting transactions to registered operators only.

“If members of the JCEA buy from unregistered farmers, then it constitutes a breach of the licence to operate,” said Grant. “The system, in my view, is a game changer, and Government can use this as a way to address the issue of farmer registration nationally.”

Efforts at comment from JACRA’s acting head, Gusland McCook, about the process under way, were unsuccessful.

Grant said the JCEA was also working with JACRA to pilot an insurance programme for coffee farmers and farms. He told the Financial Gleaner that with the business being very high-risk, the association would be approaching local insurance companies to act as brokers with the backing of international re-insurance firms.

The database being developed, he added, would allow for better planning and administration of support programmes for farmers, and could lead to increased production and productivity, as well as expansion of the Jamaica coffee industry.

The Ministry of Industry Commerce, Agriculture and Fisheries will be distributing 13,413 bags of fertiliser, each weighing 25 pounds, to 755 Jamaica Blue Mountain farmers and 335 Jamaica High Mountain farmers registered under the FRATS exercise, Grant said.

The registered farmer must provide the name of the dealer to which they will sell cherry coffee. Fertilizer distribution, under the ministry’s fertilizer-assistance programme, will be proportionally allocated based on the declared tree count in the FRATS database, he said.