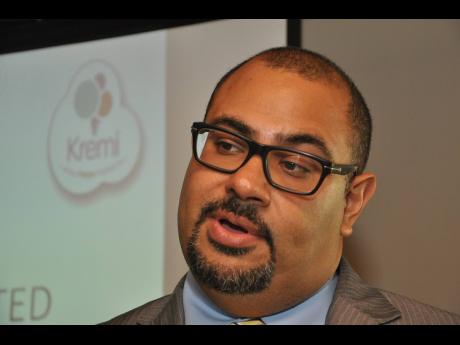 Caribbean Cream Limited, the ice cream manufacturer that trades as Kremi, has pumped US$500,000 (J$65 million) into a new production line for frozen novelties, ending a more-than-a-decade-old hiatus in Jamaica’s production of icicles.

The latest investment allows Kremi to enter the local icicle market with its own brand of products, ultimately tapping revenue from a space currently controlled by imports of Helados Bon icicles from the Dominican Republic.

Kremi previously distributed Trinidad and Tobago’s Flavorite brand of frozen novelties in Jamaica but ended the distribution deal in 2017. During that same year, Kremi formed a product development committee and announced that it was looking to diversify its product line.

CEO of Kremi Christopher Clarke told the Financial Gleaner that the company has since forged contracts with companies out of the United States (US) and Suriname to distribute frozen treats in Jamaica alongside its line of locally made products. But its ambition to become the number-one ice cream company in the Caribbean is driving innovation within the business.

“We still plan to import from the US and Suriname … we just need to be able to compete with them with the products that we make,” said Clarke. “We haven’t dropped anything; instead we are allowing the market to choose which ones they prefer,” he said.

In March, Kremi rolled out the icicles in kola champagne, grape, watermelon, sour cherry and green apple flavours, and also introduced the fun mascot ‘Mee’ to market the icicle product line to youngsters.

Clarke noted that while export of the icicles is a future goal for the company, Kremi “has a lot of stuff it needs to get in line” before it can enter foreign markets with the product.

Kremi’s addition of icicles to its product mix has resulted in the company utilising roughly 70 per cent capacity of its new production line. Now Kremi is embarking on the build-out of a “variety of frozen treats” to capitalise on the remaining 30 per cent capacity while responding to the needs of the local market.

“It is in our plans to expand the amount of products that we produce. We can’t be specific on that right now, but we’ll announce them as they are ready to be rolled out,” Clarke said.

Frozen novelties were once manufactured by Jamaican company Cremo, which was acquired by Nestlé in 1997.

For the 2018 financial year, sales of Kremi grew to $1.5 billion, an increase of 13 per cent, while profit after tax showed a slight decline to $88.6 million as a result of the company’s shift from a 100 per cent waiver on its income taxes after five years on the market to 50 per cent for the next five years, in line with the tax-incentive structure for junior market-listed companies.