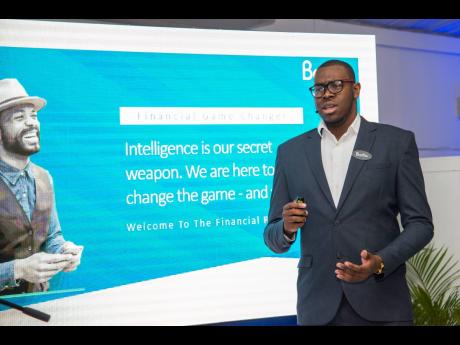 Barita Investments, BIL, is looking to the bond market for funds, even as it prepares to tap its shareholders for additional capital from a rights issue, in a sign that the company and its new owners are still hungry for funds to finance its growth.

The proceeds of the bond under consideration would further fortify its capital base, which has already tripled over the past year.

Barita, which was taken over by a private equity firm last year, wants to match the balance sheet of its preferred peers, which it says holds assets that are six times the value of their capital. Its assets of $31 billion, however, is currently only three times its capital of $9.3 billion, Barita noted.

The amount of funds to be raised from the bond remains under consideration, said Ramon Small Ferguson, vice-president of asset management and research at Barita, in his presentation at an investors outreach session in New Kingston on Tuesday night.

It would become Barita’s first bond issue, added Small Ferguson. But, overall, it would also prospectively be the company’s fourth fundraising initiative for this year, albeit in different asset classes.

“Barita intends, sometime in the future, to give more risk-averse investors an opportunity to participate in the Barita story. We are looking at raising capital through a bond,” said Small Ferguson. “We have no wholesale debt at the moment. And that would give people who don’t necessarily want to become shareholders an opportunity to participate in our success,” he said.

The rights issue that was to be voted on by the board on Thursday is earmarked for branch expansion and deal financing as the company refines its business model to operate more as an investment bank. It would become the second rights issue since January, when Barita raised $4 billion. The company also raised $1 billion from a preference share offer.

Barita has grown its capital base by $6 billion or 187 per cent over the past year, including a $1.38-billion addition to retained earnings due to record profits. The rapid climb has made it one of the fastest growth stocks on the market.

Last September, the BIL stock was trading at $9.20 but has been mainly on the rise since then. On Wednesday, BIL traded at an all-time high of $57 but closed at $53.63 per share, and sellers are currently asking for $65 from buyers.

Barita released its June 2019 financials roughly a week after the close of the quarter, which was a rare occurrence for listed companies that usually file their earnings reports a month to six weeks after the quarter closes. The company said the timing was deliberate as part of its strategy to position as a ‘game changer’ in the market.

Barita was taken over last summer by Cornerstone Investments, which acquired the holdings of company founder Rita Humphries-Lewin. Since then, Barita has added investment banking and bond trading to augment its legacy stockbroking and unit trust products, which have served to grow the company’s revenue base.

For the three months ending June, Barita’s revenue rocketed to $1.65 billion from $352 million a year earlier, and profit grew sevenfold, from $131 million to $911 million.

“We were laser-sharp on growing all areas of the business responsibly,” said Small-Ferguson, who alluded to the tripling of the company’s equity in one year, from $3.2 billion to $9.3 billion in the quarter ending June. “We are very focused on managing risk. We believe that in managing the risk you will get the desired results,” he said.