Francis Wade | The art of being strategic 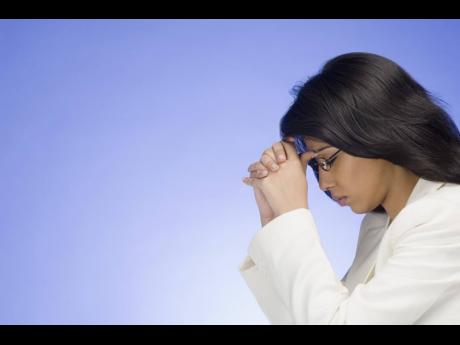 Why is it that strategic plans often languish on the shelf? Some would say it’s a matter of lazy executives, but experience shows that it has more to do with creating the right context from the start.

A client I work with has an idea: “Let’s put up our own website.” At first blush, it makes sense. Every organisation has one. It’s an easy, inexpensive way to let the world know you exist.

However, a brief survey of websites of similar organisations reveals an inconvenient truth: they are all embarrassingly stale. The layouts look tired. Not a single site is current or has been updated in ages. Whoever had the original vision has long gone, leaving behind an obsolete artefact.

But it’s likely that when the idea was first pursued, people were excited. They invested personal energy in the project, and when it was done, felt satisfied that their vision had come to life.

Unfortunately, they also made a deadly mistake. In their minds, the purpose of the activity was to produce an object, a website, versus launching a process – a way to keep staff in touch with the public. In other words, the context they created for the project was limited.

This particular error happens every day. Imagine the typical family. The kids want to adopt a dog, but their parents refuse. The fact is, the older, wiser heads know that owning a pet is more than possessing an animal object. It also means engaging in a process of feeding, exercising, and cleaning that takes time and money. They understand that this job is likely to fall into their laps when their children lose interest.

As adults, they see the real cost.

This also happens in strategic planning retreats when companies try to compress the activity into a single day. It’s possible to create a report in this timeframe if the team focuses solely on producing unlimited visions of the future. They walk away feeling inspired, as if they have just adopted a dog or launched a website.

However, the typical second day is usually focused on adding in real-life constraints – the true cost. Once they are included in the plan, trade-offs must be considered that lead to the team making difficult decisions. Among them is a choice to kill certain initiatives.

The sad reality? There just isn’t enough time, manpower, money, or energy to accomplish all the goals set on day one. That initial mood of boundless creativity must be balanced.

Apart from spending two days on this activity, what else is required to be strategic versus just producing a plan?

Paradoxically, the main output of each planning exercise may not be the plan. Perhaps it’s better understood as the start of a process that engages everyone.

In this process, a new paradigm is introduced that reshapes everyday work. Now, instead of simply doing their job, an employee is doing so for a greater purpose that inspires them.

This means that the plan should be changed as often as necessary in order to play its role as a guide for daily actions. These updates keep it fresh and relevant.

Some companies unwittingly rob employees of learning how to ‘be strategic’. First, they hire outsiders to write their strategy. When the final document, the object, is handed over, the company finds itself unable to execute because no one possesses the requisite know-how of being successful. It disappeared out the door with the consultants.

In prior columns, I accused executives of failing to treat their time with the same level of rigour as they do their budgets. Consequently, their strategic plans are unrealistic and are treated as if they can all drop their overfull schedules at a moment’s notice.

One antidote is to book the same time in each executive’s calendar for implementation: for example, Monday morning from 9-12 a.m. Doing so means cancelling or delegating existing commitments. It’s a way to ensure that the new projects and processes in the plan have a chance of survival in the real, post-retreat world.

Pay attention to those strategic initiatives that are as painful to implement as the challenge of learning to write cursive with your non-dominant hand. At both, the individual and corporate levels, old habits and processes will assert themselves, resisting the planned changes.

Instead, put in place new systems for performance management, rewards, recognition, training, and automation. Hardwire these improvements to reduce the possibility of failure.

Part of being strategic is acknowledging all these obstacles and finding ways to work around them. Admittedly, they are harder than simply producing a document, but they will ensure that your plan is realistic and provide a unique pathway to future success.

Francis Wade is a management consultant and author of ‘Perfect Time-Based Productivity’. To receive a summary of links to past columns, or give feedback, email: columns@fwconsulting.com.