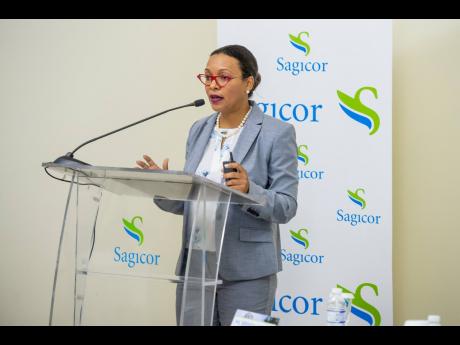 After hitting a two-year low on July 5, the Sagicor X Fund stock has regained some of its momentum amid announcements that the company plans to hunt for real estate assets across the region.

“Sagicor is always looking for lucrative investments opportunities and we a have a number of potential projects under review, and these will be disclosed when appropriate,” Brenda Lee Martin, CEO of Sagicor Real Estate X Fund Limited, said of the acquisition plans on Friday.

Lee Martin added that X Fund, having just gone through a reorganisation, would now turn its focus to seeking new value investments in Jamaica as well as across the wider Caribbean region and North America, but she did not disclose the size of the investments.

Sagicor X Fund reorganised its operations and accounting treatment of a key investment in Playa, a Nasdaq-listed all-inclusive hotel chain that operates in the Caribbean and Mexico. The shares in Playa have taken a beaten since Sagicor Group entities completed the sale of hotel holdings to Playa in June 2018 and got a 20 per cent stake in the hotel group at near US$10.79 per unit, in return. The Playa stock currently trades at around US$7.70.

The reorganisation at X Fund, which occurred late last year, reclassified Playa from an associate to a subsidiary. It allowed X Fund to avoid booking the stock market price movements of the investment.

Last week, Byles, who has been appointed to lead Jamaica’s central bank starting mid-August, was also succeeded by Zacca as chairman of Sagicor X Fund.

X Fund shares, which trade on the Jamaica Stock Exchange, have also been taking a beating in Jamaica’s bull market. In March 2018, the stock traded at a two-year high of $17.50 but fell to half that level during periods in 2019.

“We believe that the share price is undervalued based on the performance of the company and its current book value,” said Lee Martin.

Lee Martin said there was a “hold-over” in the market from the latter half of 2018, due to X Fund’s performance. That performance was lacklustre, but the company showed a marked improvement in the first quarter ending March 2019, with solid earnings growth of 44 per cent to $1 billion or 31 cents per share.