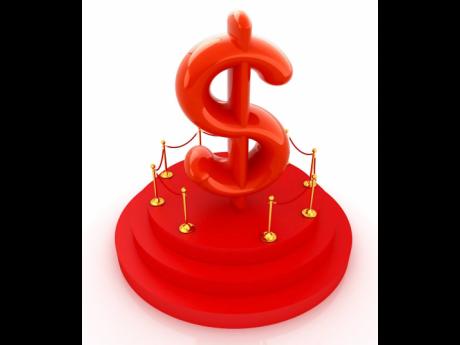 Investment managers are detecting an increasing tolerance for risk among Jamaican investors and are designing products to feed that growing appetite.

Unit trusts, which are considered relatively safe investments because the risk is pooled, have been reacting to the changing market dynamic over the past five years with diversified offerings that extend beyond traditional products.

Fund managers have had to make changes “to accommodate investors’ improved sophistication and higher risk appetite”, said Davie Martin, manager of Asset Management at Victoria Mutual Wealth Management Limited. “As such, we have seen the addition of unit trust funds which incorporate more corporate bonds and other riskier assets to boost overall returns,” he said.

Investors are said to be seeking exposure to multiple funds because of the potential for larger returns. The unit trust market has now doubled its providers, moving from five approved fund managers five years ago to 11 today, one of which – Stocks & Securities Limited – is yet to become operational. Together, they oversee 19 unit trusts and a local mutual fund operation.

JMMB Fund Managers CEO Christopher Walker said that while the typical unit trust offerings were generally focused on three areas or asset types – bonds, equities and money market funds, all denominated in JMD – the past few years have seen a significant increase in the range of collective investment schemes, to include offerings such as indexed funds, USD funds, corporate bond funds and income funds.

This expansion, he said, came about primarily as a result of the change in regulations, which resulted in the contraction of the repo market.

“Market players as a consequence had to consider other alternative investment options to satisfy client demand for diversity,” said Walker.

“The current trend appears to be focused on providing full range investment options, where while clients experience diversity in each fund, the combined use of [multiple] funds is being touted as the way forward, given the potential for greater returns over the long run,” he said.

The unit trust market has grown nearly 19 per cent in the past year and was valued at just under $296 billion in funds under management as of March of this year, according to industry data from sector regulator, the Financial Services Commission (FSC).

The 19 per cent growth represents $46 billion of funds flowing into the market over the course of a year.

One new player entered the market in the quarter, Proven Fund Managers, which began dealing in February.

The most recent FSC report does not rank the dealers by market share, but a year Sagicor through its Sigma funds dominated the sector with 48 per cent share.

Notwithstanding its consistent growth, the unit trust market is still less than three quarters the size of the repo market when it was at its peak, which previous FSC data has tagged at more than $400 billion.

Unit prices range anywhere from a dollar up to $143 on JMD investments.

Five years ago, there were 26 unit trust products on the market invested in equities, fixed income securities or real estate, or varying mixes of the three. Today, the offerings have nearly tripled to about 67 products, inclusive of six mutual fund offerings. Martin of VM Wealth says the sector has been growing at an average of 37.5 per cent per year over the period.

The FSC reports that capital appreciation in the investment portfolios overseen by fund manager totalled $17.3 billion in the March quarter. The data indicates that fixed income assets, while still the most dominant asset class at nearly two-thirds of portfolios, recorded a decline year on year, from 70 per cent to 65.21 per cent of total assets.

Some of those funds have migrated to the stock market – a switch that Martin says has been occasioned by positives changes in Jamaica’s economic climate and falling interest rates over the past two years.

In a low interest rate environment, it is cheaper to borrow, but it also means investors reap lower returns on some financial assets.

The conditions in Jamaica have seen a shift from bonds and fixed income investments to equity investments, said the asset manager, who also noted that investments that promise higher returns include portfolios with real estate, equities and international equities.

Walker says collective investment schemes tend to generally provide above average returns, when compared to repos and savings accounts, while balancing the need for diversification.

“Additionally, you can still have relatively easy access to your funds, dependent on the nature of fund,” he said

But he also had a note of caution: “The adage, ‘don’t put all your eggs in one basket’, rings true when investing in unit trusts and serves as a good way of achieving diversification in your portfolio. This allows you to limit any fall-off in performance of a particular asset, as your investment is allocated across several different asset classes,” he said.

Martin sees unit trusts as an affordable way to own expensive assets.

“For example, to purchase an investment property requires a minimum of $10 million, plus other related fees. To invest in a real estate unit trust, you only need a minimum of $50,000, and you receive the same percentage return as a client who invested $1 million,” said the VM asset manager.

“In short, an investor makes an investment in a unit trust portfolio based on the asset class of interest, and these monies are then used to purchase the intended assets, such as stocks, bonds, real estate, commodities. The investor then receives a rate of return dependent on the performance of these underlying assets in each portfolio,” he said.