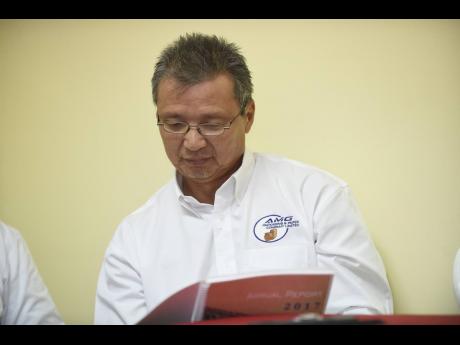 AMG Packaging and Paper Company Limited has received approval from its board of directors to seek funding for the development of an adjoining property to its business place, which it acquired last year.

The cardboard paper maker currently operates from 9 Retirement Crescent in Kingston. Last summer, it took the decision to purchase the neighbouring property at 12 Retirement Crescent, which was the home of Action Chemical and Equipment for more than 20 years.

That deal has now closed.

“The architecture drawing for 12 Retirement Crescent is also completed,” said AMG Managing Director George Hugh in a statement to shareholders appended to the company’s financial report for the third quarter ending May 2019. The plans have been submitted to the municipal council for approval.

It is understood that the property will be used to alleviate space constraints in the existing facility. The expansion is expected to begin six months following approval from the Kingston and St Andrew Municipal Corporation.

So far, AMG Packaging has approached two financial institutions to provide funding for the expansion. Hugh told the Financial Gleaner that the company is awaiting their feedback but did not disclose the financing target.

The box maker diversified into the toilet paper business in 2015 after investing in a factory on Orange Street in downtown Kingston.

At the time, AMG hoped to secure at least 10 per cent of the tissue market in Jamaica and came to market with its first brand, Tishoo. It later added Plush and Cottony to combat sluggish sales from competing imports from Trinidad & Tobago and the United States.

Three years later, the directors unanimously decided to cut their losses and exit the tissue market.

AMG has since been seeking to regain footing on its box-making operation and in July 2018 announced that it would be increasing the price of its products to offset the cost of paper inputs.