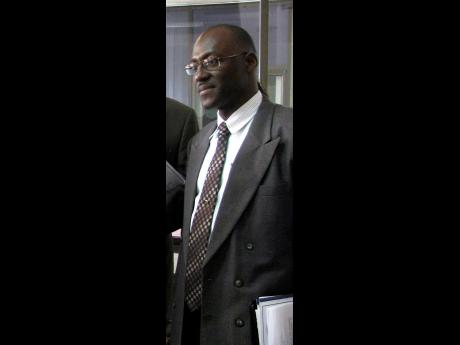 Jamaica may need to add 1.0 gigawatts of power over the next two decades, which would double the current estimated energy output.

The new load will include cleaner fuels, such as liquefied natural, LNG, gas and renewables, such as wind, solar and biogas, building on government policy to rebalance the energy mix to include more alternatives to crude.

“I believe that this year, 2019, is the year of the next request for proposals,” said Fitzroy Vidal, the principal director for energy at the Ministry of Science, Energy and Technology, on Monday, on the first day of the Jamaica Alternative Energy Conference in New Kingston.

Jamaica last opened bidding in 2016 for an additional 37 megawatts of renewable energy, which followed on the 115MW bid for renewables in 2013.

The cost to deliver renewables power to the grid continues to trend lower, Vidal said. For example, the 2014 commissioned solar project at Content in St Catherine sold power to the national grid at about US$0.18 kilowatt hour, while the Paradise solar project, set for commissioning later this year, will sell power at roughly US$0.085 per kWh.

Renewables account for about 15 per cent of energy output.

As to the 1.0GW estimate, a more precise output figure is expected to emerge under the Integrated Resource Plan being developed by Jamaica. The plan missed its original June deadline, with no rescheduled date for completion. Still, Vidal said they were at the seventh of a nine-stage process.

“We are getting down to 998 MW. I do not wish to be quoted on whether that’s what the plan says, because we are still in the iterative process,” he said at the conference. He explained later to the Financial Gleaner that the plan still requires mathematical computations to reach a definitive figure.

The conference was also used to present the findings of a market overview of alternative energy and opportunities in the Caribbean, conducted by Deloitte Financial Advisory Services under the Caribbean Energy Security Initiative Guarantee Programme.

The upshot of the findings was that Jamaica and the Caribbean can raise gross domestic product, GDP, growth or national output by utilising more renewable energy, which would slash oil imports and provide governments of the region with cash to invest in growth projects.

“Fourteen per cent of foreign exchange is spent on oil, more or less. If we only displace 10 per cent, then we would add 1.4 percentage points more to our GDP. It is enough to help pay down on external debt, without increasing taxation. Government and the consumers will benefit from lower costs and make the economy more competitive,” said John Marcocchio, energy specialist at Deloitte.

The report described Jamaica as “one of the leading countries” in deploying renewable energy projects. Their contribution to the national energy grid is expected to grow from 15 per cent to surpass 20 per cent by 2030.

In 2010, heavy oil fossil fuel generated over 95 per cent of the island’s energy. That ratio is projected to fall to 50 per cent this year, mostly impacted by the addition of LNG to the energy mix.

The report covered The Bahamas, Barbados, Dominican Republic, Grenada, Guyana, Jamaica, St Kitts-Nevis, St Lucia, and Trinidad & Tobago. Eight of the nine countries in the report have set “ambitious” renewable energy targets over the medium term of between 10 to 35 per cent. Oil-rich Trinidad was at the lowest end.

Vidal, in the questions-and-answer segment, indicated his desire to see more local investors win bids for renewable energy projects, saying it would serve to reduce leakage of foreign exchange.

“The development of the renewable energy sector is marked largely by external investors. I would certainly wish to see more local investing, not just in the renewable space, but also in energy conservation efficiency,” said the energy director.

“Significant work has been done and capacity built, and I would like to see a framework to get more local players operating in the sector – and not only at the low end,” he said.