More jobs for men as unemployment falls below 8% 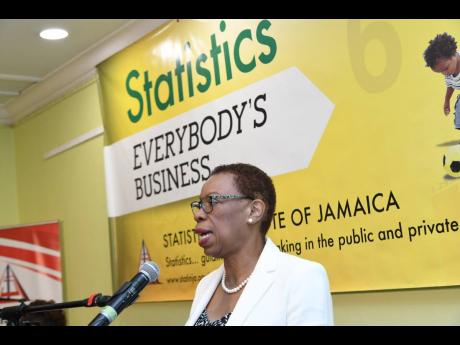 The new hirings of men outpaced that of women in the latest quarterly jobs survey published by the Statistical Institute of Jamaica, Statin.

Combined, the increase in employment of both genders resulted in an overall dip in the number of Jamaica’s unemployed by 25,900 in the April 2019 survey, and cut the unemployment rate, or UER, to 7.8 per cent. Comparatively, the UER was two basis points less than the 8.0 per cent recorded in the January survey and two percentage points lower than the 9.8 per cent for April 2018, signalling continuing improvement in Jamaica’s jobs picture.

Over the period, construction accounted for the largest increase of 9,500 in male employment, followed by elementary occupations, up 6,500; and service, shop and market sales workers, up 6,300.

Female employment increased primarily in the groups service and shop and market sales workers, up 11,800; and clerks, up 10,100.

“Higher employment levels for females were recorded in the groups hotels and restaurants services, up 7,300; real estate, renting and business activities, up 7,200; and public administration and defence and compulsory social security, up 6,700,” said Director General of Statin, Carol Coy.

The industry groups that recorded the largest increases in employment year-on-year were: public administration and defence and compulsory social security, up 11,400; other community, social and personal service activities, up 10,400; construction, up 9,800; hotels and restaurants services, 9,800; and real estate, renting and business activities, up 8,600.