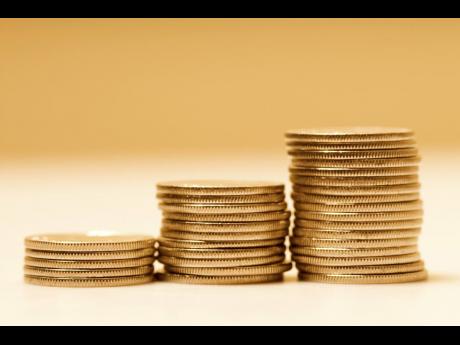 QUESTION: H ow do insurance companies make money? There are a lot of activities in this sector. A Barbadian insurer entered the local market a few months ago. A change in the ownership of the country’s biggest motor insurer is also taking place. A big, locally owned financial group now has a controlling interest in a Trinidad-owned regional insurance group. Finally, local interests have set up a new health insurance carrier. These goings-on suggest that there are opportunities for insurers to make more money.

However, when the per capita spending on insurance in Jamaica is compared with those of some of its neighbours, Jamaica’s average spend is lower than that of Barbados, The Bahamas, Trinidad & Tobago and The Cayman Islands.

My guess is that the shareholders in insurance companies are aware of these metrics and are assuming that increased economic activities are likely to create additional opportunities for insurers to make more money.

Warren Buffett, reputedly one of the world’s richest persons, likes insurance companies. They contribute a big part of his wealth. He is reported to have said, according to Matthew Frankel, in his book Why Warren Buffett Loves the Insurance Industry, that “he loves the financial structure of insurance entities”.

It is obvious that shareholders in local insurance entities are emulating Buffett’s investment strategy.

Insurers make money in three ways: underwriting profit; investment profit; and other income. This is an important fact to bear in mind when you examine their financial statements. Local insurers are required by law to publish their annual audited results in the newspapers.

Underwriting is the process by which an insurer selects, prices and takes on risk for a premium. Underwriting profit is the amount of money left over after the insurer pays claims and expenses.

When an insurance company collects $1,000 in premium and pays $900 in losses and expenses, the net result, or underwriting profit, is $100. If the sum of the amount paid for claims and expenses amounted to $1,500 the company would report an underwriting loss of $500.

Underwriting involves, among other things, charging premiums that are appropriate for the level of risk. Insurers also have the ability to influence the outcome by controlling the claims payouts and their operating expenses.

In cases where the latter costs exceed the premium, it doesn’t necessarily mean that the insurer has made a loss. Underwriting losses can, and are often offset by investment income.

“What does an insurance company do with that $10,000? In simplified form, a portion of the premium goes to pay overhead expenses (e.g., real estate costs, salaries, or employee benefits), but a portion of that money is categorised as ‘loss reserve’ to pay future claims based on actuarial probability calculations. An insurer can invest its reserves, which enables security purchases to generate a stable yield. In other words, it invests collected money/premium and generates returns for a period of time.”

One local company, for example, reported investment income at the end of 2018 of $174.6 million. This amount was $100 less than its reported underwriting profit.

There’s a wide spectrum of services an insurance company can provide that produce other income. In the case of the previously cited insurer, it earned other income of nearly $1 million per week.

An insurance company must have the available cash to pay when claims arise, especially in times of natural catastrophes. Insurance companies generally, and local insurers in particular, offload a lot of risk through buying reinsurance.

“The insurance industry,” according to Lunt, “has a unique financial model that is very different from other industries. Most manufacturers have up-front costs to build a product: labour, a manufacturing building or facility, supplies, etc, whereas the bulk of insurance company costs are incurred at the time of claim and loss payout.

“This financial structure, when used effectively, can create significant investment opportunities to support the overall strategy and profitability of an insurance company. Mr Buffett’s conglomerate (Berkshire Hathaway) is perhaps the best illustration of how this financial model can prove to be quite effective and profitable.”

I hope that this oversimplified explanation provides some clarity about how insurance entities go about the important task of making money for the services that they provide.