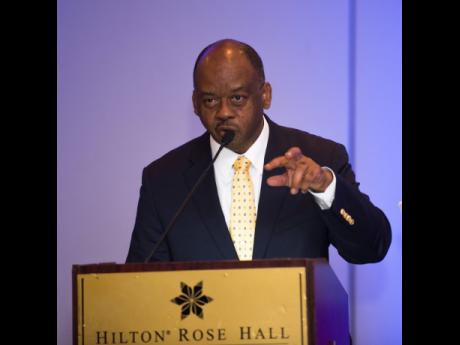 The Supreme Court has granted a stay on the liquidation order against Exclusive Holidays of Elegance that was initially approved in May 2014.

The stay was granted on Monday by Justice David Batts, the same judge hearing the case in which Exclusive Holidays is seeking to recover nearly $26 million of debt from Arc Systems Limited.

At the last hearing in that case, on July 12, Arc Systems attorney Debbie-Ann Gordon had argued that the liquidation order against Exclusive meant it had no standing to bring a case against Arc Systems. Batts rejected the application.

Exclusive Holidays’ attorney Winsome Marsh declined to comment on any matter concerning her client, nor did Nigel Jones & Company, the lawyers representing the foreign supplier, ASE Metals NV, that had been granted the liquidation order against Exclusive Holidays, a Montego Bay-based company owned by Fred Smith.

However, Government Trustee Nicola-Ann Brown Pinnock told the Financial Gleaner on Tuesday that, based on a application made by the Belgian metals supplier, Batts ordered that there be a stay of the 2014 order altogether on condition that satisfactory arrangements are made with the creditor, ASE Metals, by this Friday, July 26.

The arrangement must be certified by the Trustee in Bankruptcy.

Hearings into the case against Arc Systems resumes in court today, Wednesday. The Government Trustee said she would keep watch on those hearings, which come ahead of the Friday deadline.

The May 2014 liquidation order against Exclusive Holidays had been secured by ASE Metals NV for more than US$880,000 in outstanding debt. The order was never enforced by ASE, which was represented by the law firm Nigel Jones & Co, nor was it acted on by the Office of the Government Trustee.

At a July 12 hearing, Batts ordered that the trustee join the liquidation proceedings against Arc Systems, given its role as the provisional liquidator for Exclusive Holidays.

“We have to abide by the order of the court and comply with what is said. If there is an arrangement in place by Friday then we will certify it, provided that the creditor’s attorney is satisfied. If not, then I think that we may possibly be back to square one,” Brown Pinnock said.

This is the second liquidation order against Exclusive Holidays to be stayed by the court, the first of which was granted in 2003 in a case where creditors Key Motors and Executive Motors had sought to wind up the company.