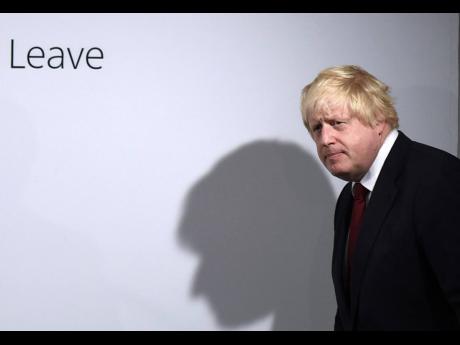 With Boris Johnson confirmed as the next prime minister of the United Kingdom, the outlook for the British economy has become murkier.

Johnson’s comprehensive victory over Jeremy Hunt in the battle to lead the governing Conservative Party has made it more likely that Britain could leave the European Union on Halloween without a withdrawal agreement, a prospect that even the most ardent Brexit believers concede would be disruptive in the short term.

Most economists think a so-called no-deal Brexit will be a lot worse than that.

A deep recession is widely predicted for that scenario. Whether it would be as deep as the one after the global financial crisis – more than 6 per cent – no one knows, but almost all economists agree that jobs will be lost and the pound will slide.

And its impact could sap business confidence more broadly: the International Monetary Fund said Tuesday that a no-deal Brexit represents one of the key risks to the world economy.

A no-deal Brexit means that on November 1, tariffs will be slapped on traded goods between the UK and the remaining 27 EU countries. Other impediments to trade, including on Britain’s crucial financial services sector, would be imposed, such as new restrictions on the movement of people and regulatory standards. Britain would also face the prospect of losing trade deals the EU has struck over the years, including with Canada and Japan – these account for around 11 per cent of UK trade.

Richard Branson, the Virgin Group founder whose career has taken him from owning a record label to planning flights to space, thinks it will be a disaster – so much so, he says, that the pound will slump in value to be worth just a dollar for the first time ever. The pound has borne the brunt of Brexit uncertainty, falling more than 10 per cent from US$1.50 on the day after the June 2016 referendum. It’s near two-year lows at US$1.2450 as no-deal talk escalates.

Though both sides of the English Channel will suffer in a no-deal scenario, the UK would suffer relatively more given that British exports to the EU account for around 13 per cent of the country’s annual GDP, against around 3 per cent of the GDP of the other 27 EU nations.

Planning for a no-deal Brexit, which Johnson is expected to accelerate in his first days at 10 Downing Street, will help marginally.

Measures such as stockpiling medicines, sourcing more products from outside the EU, or modifying road links in southeast England to manage freight traffic can help, but only up to a point.

“Planning is unlikely to do much to mitigate the short-term disruption of ‘no deal’,” said John Springford, deputy director at the Centre for European Reform.

For one, he said, there is “too little time to build new border and road infrastructure to reduce congestion at the Dover-Calais crossing and on the M20 motorway in Kent.”

That raises the stakes for companies like the operator of the Channel Tunnel, which says that a no-deal Brexit is now “very likely”. British business associations issued statements after Johnson’s election urging him to secure a deal.

In his pitch to become prime minister, Johnson said he wants an agreement but that he would make sure Britain leaves the EU on October 31, the revised Brexit date after the initial March 29 deadline was extended following the UK Parliament’s rejection of Theresa May’s withdrawal agreement.

That dealt with citizens’ rights, Britain’s financial obligations to the EU following 46 years of membership, and making sure no hard border emerges between EU member Ireland and Northern Ireland, which is part of the UK. The EU has said a deal is a prerequisite before discussions can start on a wide-ranging trade pact.

With Parliament seemingly opposed to no-deal, many Brexiteers have suggested that Johnson suspend Parliament to allow Brexit to happen. The implications of such a move would be unpredictable. It could lead to civil unrest and a surge in Scottish nationalism, in addition to the instant economic hit. Johnson has said he doesn’t want to go down that path but hasn’t ruled it out.

Given these uncertainties, business executives are unsure how to plan and have reined in investment over the past two years. That’s one of the main reasons why Britain’s economy has stuttered and talk of a recession has grown.

Most forecasters concur, so it would be a big step for Johnson to back such a move, especially since in the Brexit referendum of June 2016, talk of a no-deal Brexit was confined to the periphery of the Leave campaign.

Johnson could push for a general election in the fall if he fails, as expected, to renegotiate May’s agreement. With opinion polls showing Britain’s electorate splintered, several outcomes are possible, including one whereby a new government backs another referendum to reverse the initial result.

Johnson could equally opt to ditch his “do or die” pledge and seek another extension, giving him time to put a crowd-pleasing tax-cutting budget in place for an election next year.