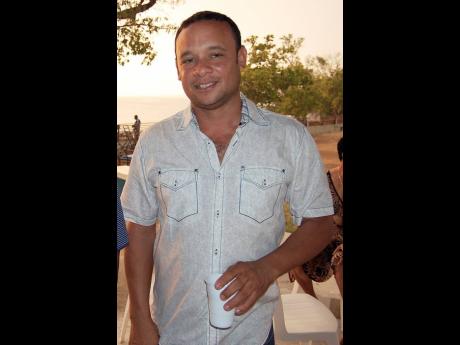 Yaad Man Petroleum has acquired property for $180 million, on which it plans to develop Jamaica’s largest service station.

Miguel Smith, who co-founded Yaad Man with his wife, Tanya, says he plans to start construction on a Texaco-branded station by year end for opening next April at an undisclosed location in St Catherine that is heavily trafficked. Permits are still pending.

“I am not saying exactly where it is since all the requisite approvals are not in as yet, but I can say it will be Jamaica’s largest service station,” Smith said in an interview with the Financial Gleaner.

He expects to spend US$4.5 million on the project, which will include retail space at the complex. That translates to an investment of more than J$600 million.

The company is also in the process of setting up other gas stations that will serve to double Yaad Man’s network across Jamaica.

The Smiths entered the petroleum trade 18 years ago. Over that time – excluding the period between 2004 and 2009, when the couple took time off from business for family reasons – they built, managed and eventually sold three service stations, one at Spur tree, Manchester, and two others in Santa Cruz and Luana in St Elizabeth.

Miguel said Yaad Man Petroleum Limited was created in 2016 to seek out ventures that would grow earnings. The next year, the company struck a deal with the Mauricio Pulido-led GB Energy Jamaica to put Yaad Man LPG cylinders on the market.

“We saw the gap in the LPG market, and the GB Energy people came along to help. We struck a 65:35 deal which saw us retaining control with our US$3.5-million investment,” Smith said.

“So far, so good because we have moved on to even bigger things,” he added. “Mauricio Pulido from GB has been very good. I will lift my hat to him.”

GB Energy retains control of the tanks and equipment at those locations, he said.

Yaad Man has budgeted another US$3.5 million for gas stations in Georges Plain, Westmoreland; Bog Walk, St Catherine; and Greenvale Road, Mandeville, near Megamart – all of which are expected to be operational by year end.

The US$4.5-million investment in the large service station will finance a complex with 12 pump stations drawing from four tanks on a sprawling piece of land, plus a 5,000-square-foot convenience store and additional space for three fast-food franchises.

Checks within the trade indicate that the largest service station and convenience store in operation is the Boots Petroleum complex near Mammee Bay, St Ann, which has eight pumps.

Smith says Yaad Man has done its homework on the mystery site and is confident the station will tap into unmet demand at that spot.

“We want to make a statement. It will be where the population is and traffic flow is very heavy, so it will be very convenient for persons going to and from,” he said.

“We have the energy now, and, truth be told, interest rates are at a level where it makes good business sense. The terms and conditions, such as long-term payback, make it attractive to work with the banks,” he said of the company’s expansion programme.