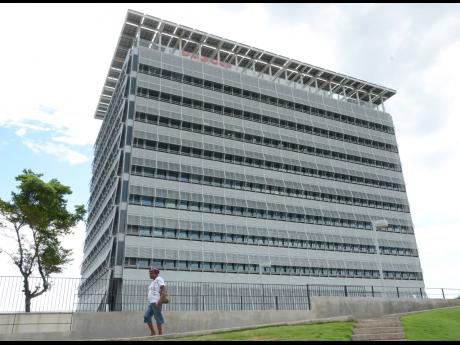 Ratings agency Fitch is suggesting that Digicel Group consider raising new capital or sell additional ­assets in order to prepare for its next payout on maturing bonds.

That’s because more than half of its debt maturities are due within four years and its free cash flow is negative. Digicel already tried to restructure its debt by ­extending the maturity dates. But an ­extension needs to be matched with increased capital or revenue to repay the maturities, Fitch said.

“As the debt restructuring did not involve principal reduction, it is critical that the company improve its stagnant operational performance and/or raise cash through capital injections and asset sales,” said the ratings agency about what it termed as Digicel’s significant refinancing risk.

Digicel is 94 per cent owned by Irishman Denis O’Brien, 1.8 per cent held by other directors, and 4.2 per cent by other ‘option holders’, according to Fitch.

The Financial Gleaner awaits a response from Digicel on whether it will contemplate selling shares or assets, going forward.

The bond maturity repayments will begin in April 2021. Fitch ­believes that the debt restructuring undermined the group’s position with creditors and will result in higher costs for refinancing, and also reduced access to capital markets, particularly for the subordinated debt at Digicel Group Limited, said Fitch.

Digicel’s total debt maturities are estimated at US$6.97 billion: with US$1.3 billion in payouts set for April 2022; another US$2.9 billion in 2023; and an additional US$2.56 billion for repayment ­beyond that.

The telecoms’ total debt is more than 6.7 times its operating earnings. Digicel expects its debt levels to rise to 7.0 times its earnings by 2020, but said previously that bondholders should not be overly concerned about the rise as it plans to reduce its leverage over time.

Digicel posted a 4.1 per cent drop in gross revenue to US$2.3 billion in March, while operating earnings dipped to US$1.06 ­billion, down from US$1.08 billion a year earlier. Its free cash flow improved to negative US$93.6 million from negative US$245.6 million. Digicel previously blamed the drop in its earnings on one-off costs.

The telecoms, which had its ­beginnings in Jamaica, now spans 32 markets internationally. The sum of its investments have amounted to US$5 billion.

Fitch noted that since 2015, the group invested US$2.6 billion in capital expenditure to upgrade the network to ensure competitiveness. The rating agency ­previously stated that it upgraded Digicel Group’s rating to CCC- from RD, which is one notch above default.