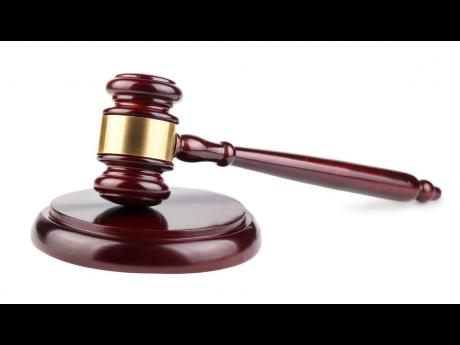 Shena Stubbs-Gibson writes for this newspaper. She is an attorney-at-law and a commentator on legal matters.

I admire her use of language, writing style, and the clarity of her thought. She writes about complex legal matters in ways that are easy for non-lawyers like me to understand. Last Sunday’s piece ‘Does the Road Traffic Act empower judges to tackle repeat offenders?’ was another excellent example of why I always read her column.

It was the catalyst for today’s article.

Neither Mrs Stubbs-Gibson nor the judges in the Court of Appeal appeared to have studied the insurance implications of repeat offenders’ conduct or, to give them the benefit of the doubt, thought them to be relevant in the case of Mervin Henry v Regina.

The learned Traffic Court judge, on the other hand, may have implicitly done so when she immediately imposed a custodial sentence on a habitual lawbreaker – a decision that the Court of Appeal, in its magisterial wisdom, later overturned.

The repeat offender was known variously as Marvin Henry, Mervin Henry, and Carlington Henry. Court records show that Mr Henry was an operator of a public passenger vehicle. He pleaded guilty on a charge of obstructing the flow of traffic at the intersection of Trafalgar and Holborn Roads in Kingston on July 16, 2018. He was said to have behaved ‘boisterously’ in the traffic court.

When his antecedents were checked, it was found that he had received 414 tickets for various traffic offences, 17 of which were issued between January 2018 and June 26, 2018, for obstructing traffic.

The article did not provide any information about the other types of offences that had been committed in relation to the other 397 tickets. Mr Henry apparently preferred paying the $5,000 fine than changing his driving habits.

PPVs are regulated by the Transport Authority. Operators of these vehicles are required to be licensed. One of the requirements for getting a licence is that vehicles must comply with the Motor Vehicles Insurance (Third-Party Risks) Act, MVITPRA. They should be covered by a “policy of insurance”, which Section 5(1) of the act says must insure “such person, persons or classes of persons, as may be specified in the policy, against any liability incurred by him or them in respect of: the death of, or bodily injury to, any person; and any damage to property, caused by or arising out of the use of the motor vehicle on the road”.

The law creates a system in which passengers in PPVs and other road users, including pedestrians, passengers in other vehicles, cyclists, and other groups of people, can become eligible for compensation when they suffer injuries and/or their properties are damaged in situations where the driver of the PPV is legally liable.

The Road Traffic Act was framed, among other things, “to regulate and control traffic on the roads … and to improve road safety”. It mandates compliance with MVITPRA. Under the new Road Traffic Act, legislators have imposed a new round of penalties in relation to the failure of motorists to provide evidence of insurance and operating a vehicle without insurance. Third-party insurance is part of the circle of protection that road safety connotes.

Does the typical PPV motor insurance policy offer protection to the victims of road accidents that result from the negligent actions of serial violators of the Road Traffic Act? Specifically, would the motor insurance of a chronic offender like Mr Henry – the holder of 414 traffic tickets – offer any protection to a motorcyclist who crashed into the door of his taxi that suddenly opened while a passenger was exiting the vehicle and it was obstructing traffic?

None of my local or overseas sources, including the US Insurance Information Institute and www.carinsurance.com, offered any information that answered the two questions. The latter, however, distinguished between moving and non-moving traffic violations and that insurers applied a top charge of 255 per cent on the basic premium on the third ‘driving under the influence’ charge. The important point is that traffic tickets affected the size of the premium paid by the offender.

The four-page motor insurance application form of the country’s market leader provides clues about how claims from serial traffic offenders may be treated. Drivers are asked to provide details of prosecutions or convictions for “any offence in connection with any vehicle”.

If insurance is granted, the form says that “the policy is voidable if false statements are given or information is withheld for the purpose of obtaining insurance coverage or reducing the premium”. Finally, by signing the application form, the applicant confirms and agrees that they have “read, understood and accepted the UNDERSTANDINGS and DECLARATIONS as stated above and that any breach thereto renders the policy of insurance void from inception”.

If Mr Henry intentionally, or otherwise, omitted to disclose to his insurers that he had been prosecuted 414 times for traffic violations, the odds are that even though he held a certificate of insurance as evidence that purportedly showed that he complied with MVITPRA, it may have been of little practical benefit to injured third parties.

While the Traffic Court judge may have erred in applying the law on legal grounds, she was probably right on societal grounds. Her actions forced the offender to recognise that the total economic cost of his July 16 traffic violation was more than $5,000.

When the costs of staying out of jail include the expense of retaining the services of a high-priced attorney, the experience is unlikely to be quickly forgotten and could lead to a change in driving behaviour.