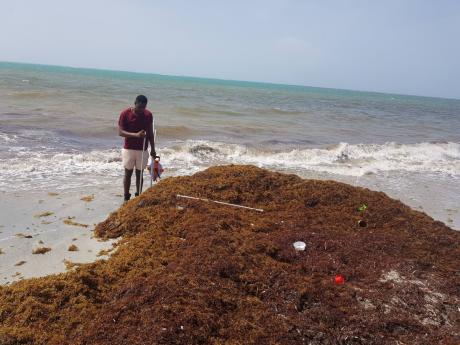 In the last few days, new evidence has been published suggesting that scientists are now 99 per cent certain that human activity is causing global warming.

As if to validate this, temperatures in parts of Northern Europe spiked this week at 44.9C (113F), breaking records and confirming changing patterns that have brought extreme weather and higher temperatures often for sustained periods to regions of Africa, the Americas, the Artic, and many other parts of the world.

Such events graphically illustrate the impact and trend of global warming, raising questions as to what the Caribbean and other states most at risk can do to ensure that the science is acted on.

Earlier this month, a research letter published in the scientific journal Nature from scientists at the University of Bern demonstrated that not at any time in the last 2,000 years has there been a period when temperatures have changed so rapidly or widely. Using evidence taken from ice, sediment, and trees, the new research indicates that the current warming is unique, taking place on a global scale, and in recent decades, has accelerated as a result of industrial emissions.

Despite this, in many countries populist politicians-backed by powerful companies, lobbyists, and wealthy individuals who profit from denial – continue to reject such data-backed scientific evidence.

To make matters worse, the United States is not only withdrawing next year from the global climate change accord reached in 2016, but is also working to weaken multilateralism and the institutions that have previously enabled a consensus to be reached on mitigation and adaptation.

This presents a problem for the Caribbean.

Although Caricom, Cuba, and the Dominican Republic have previously been instrumental in trying to drive a new global consensus on addressing climate change by working closely with China, the EU, the ACP group, and others, the region alone has little ability to influence or change the actions of the US, Brazil, Russia or other nations that in one or another way are undermining the rest of the world’s ability to reduce global carbon emissions.

Just as worryingly, the Caribbean, despite its widely recognised vulnerability, has not been able to trigger the international financial support it requires to build the resistance necessary to defend and protect its citizens. This is in part because the region is classified by international development agencies as consisting of middle-income economies – Haiti is an exception – and thus not eligible for concessional development assistance.

Encouragingly, however, in a welcome and under-reported address, the UN Secretary General, António Guterres, has publicly recognised the need to find ways to address the plight of the Caribbean and other small states at risk from climate change.

Speaking recently in St Lucia to Caricom heads of government, he observed that the destruction caused by Hurricanes Irma and Maria had negated many years of Caribbean development gains.

These events, he said, had made abundantly clear to him and others the need to find ways around development financing constraints.

Mr Guterres observed that the Caribbean should be seen as an influential test bed for innovative climate action. This could involve decentralised clean energy solutions that ensure that power losses after storms will be shorter and less catastrophic, investing more in concrete conservation and resilience measures, and reviewing international financial mechanisms relating to climate change.

He also commended the region on its wish to become the world’s first climate resilient zone and endorsed the idea of a ‘Caribbean Resilience to Recovery Facility’ able to develop financial solutions that support CARICOM members to build resilient communities and nations.

Most importantly of all the UN secretary general recognised that apart from the recurrent costs of climate-related events, the Caribbean and other Small Island Developing States (SIDS) faced unique economic constraints “complicated by the difficulties (they) face in mobilising development finance on affordable and appropriate terms”.

Then, in a welcome reference to the challenge the Caribbean faces in having been graduated out of concessional development financing, Mr Guterres said: “ We join your call and will take the steps we can to improve access to development financing as a priority. I agree with you that eligibility for official development assistance and other forms of concessional financing should include vulnerability criteria, in addition to gross national income per capita”.

Vulnerability, Mr Guterres said, “should be recognised by all” and the speed and predictability of climate financing, especially for Least Developed Countries and SIDS, should be improved.

Mr Guterres appears determined to try to bring more resources to SIDS and to change the global mechanisms that determine who is eligible for development assistance. However, this will not be easy. This is because when it comes to climate change multilateralism and the role played by international institutions is of declining interest to some states, most notably the US.

While the UN secretary general’s words were powerful and heartening, global warming is unlike any other issue in as much as it requires every nation to agree and for joined-up action to follow within a very limited time scale.

The world needs to see global greenhouse gas emissions reduced and to work collectively towards ensuring that global temperatures do not rise more than 1.5C above pre-industrial levels in order to reach carbon neutrality by 2050.

Unfortunately, some think differently, so much so that when it comes to climate change the populist trend towards Manichean thinking, the denial of interdependence and a failure to act in the common interest suggests that the ultimate destination may be uncontrollable migration, food shortages and even wars.

For the Caribbean, climate change is existential. Fifty per cent of the region’s population and almost all its productive enterprise and infrastructure lie within 1.2 miles of the sea. If nothing is done to provide support, very large numbers of people and whole economies will have to face the effects of ever more intense hurricanes, rising sea levels, and economically damaging related natural phenomena such as sargassum.

Climate change and the science behind it are issues on which the Caribbean has every reason to be taken seriously and its concerns addressed.

- David Jessop is a consultant to the Caribbean Council.david.jessop@caribbean-council.org.