FHC aims to rev up business with ‘One and Move’ loan 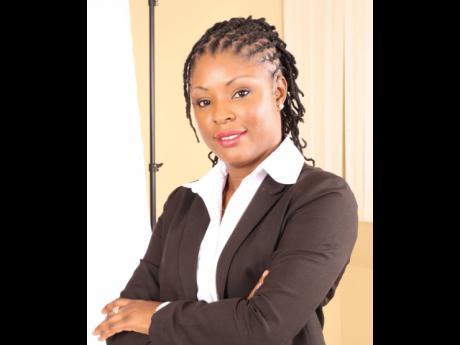 First Heritage Co-operative Credit Union, FHC, is going after a larger share of the micro market through its newest loan product, ‘One and Move’.

The name mimics an expression commonly used by taxi operators across Jamaica, who use it as a rallying cry to quickly fill their vehicles with passengers.

FHC is bullish on expanding its $440-million loan portfolio by some 30 per cent, but is only looking for individuals desirous of becoming their own boss to take up the loan offer.

The FHC micro taxi loan was rolled out on July 1 and runs until August 30. The product offers taxi drivers a maximum loan amount of $1.8 million, of which $1.5 million can be used to purchase a motor vehicle and the remaining $300,000 to cover insurance.

“We did our assessment of what’s happening in the transportation sector, and we knew that Transport Authority would open up licensing in July, so based on that, and looking at the trends in terms of how people repay their loans, we decided to offer a taxi loan but with some limitations,” said FHC Micro Loan Manager Kadian Dyke.

The loan facility, which uses the motor vehicle as collateral, has already garnered the attention of at least 50 taxi operators wanting to operate their own vehicle. The loan is priced at 25 per cent per annum with five years to repay.

Comparatively, FHC’s interest rate of 25 per cent is higher than that at which large microfinancing company JN Small Business Loans (JNSBL) is willing to lend. JNSBL is, however, no longer willing to take on the risk of lending to individuals who are not registered in the transport system. Since last year, the financial institution has required that client possess a valid route or hackney licence.

The hiked interest rate would mean that FHC is pricing for risk in what is considered an underserved segment of the auto loan market.

Dyke noted that the credit union has imposed a share requirement of $200,000 on the ‘One and Move’ borrowers – which means they would have to be or become members of FHC – as well as mandatory savings of 10 per cent of the loan amount, that is $1,450 weekly, to be used by the operators for motor vehicle upkeep.

“We did our homework with this loan product, and we know that with having a car, things can go bad – a tyre will blow, oil changes, and so. If the vehicle is not working, then that will affect how payments are done, so we made the maintenance amount a requirement to assist with that,” Dyke said.

“The same thought went around the taxi operators getting the official documents from the Transport Authority.

“That can take up to three months, and we don’t want people operating on temporary documents to repay the loan, so we have a moratorium period of three months in place,” the micro loans manager said.

According to Dyke, FHC has not officially set aside a sum for payout of the loans, even though she has a target in mind. The payouts will come from FHC’s cash flow.

The financial institution, which claims Jamaica’s number-four credit union spot, went through a period of financial contraction in 2016 and racked up deficits of $189.68 million.

CEO Roxann Linton, who led the turnaround of the operation, had previously told the Financial Gleaner that FHC was getting ready to go head-on with the competition to grow the business.