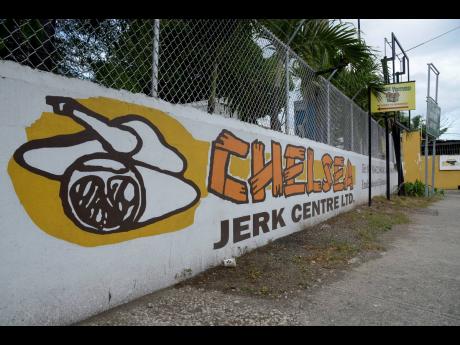 Shorn Hector
Shorn Hector/Photographer Chelsea Jerk Centre, photographed on Wednesday, July 31, announced that it will be closing its doors in a few days, on August 4.

Shareholders in Pepperwood Portmore are exiting their investment and have placed the jerked food joint on the market.

“It’s closed. It’s being sold,” said restaurant operator Jeremy McConnell on Wednesday, citing poor sales and a difference of opinion among the owners about how the business should be run.

Separately, Chelsea Jerk Centre Limited, located on Chelsea Avenue in Kingston, announced it will close permanently on August 4 after 43 years in business.

Companies Office of Jamaica records show that the eatery, located at 7 Chelsea Avenue, is owned by members of the Williams family and others. Efforts to reach them were unsuccessful.

McConnell, who owns another Pepperwood jerk restaurant on the same street in Kingston, said his eatery there was doing good business.

“We have nothing to do with Chelsea Jerk,” he said, “Different company. Pepperwood Chelsea is very much open and operational seven days per week.”

Pepperwood Portmore, which was built “from scratch” on a 1.5-acre property along Port Henderson Road, first opened for business in 2017. The addition of what was the second Pepperwood, in which the restauranteur said $50 million would be invested, came a few months after a renaming of the food service, which previously operated as a Scotchies restaurant for eight years.

The rebranding was linked to the production method for jerk, which includes the use of open fires, McConnell said then.

On Wednesday, he said the owners have had two persons showing interest in the restaurant and were waiting for them to close the deal.

McConnell had a third restaurant on the drawing board in 2017, but declined to provide an update on that project, saying his dealings are private.