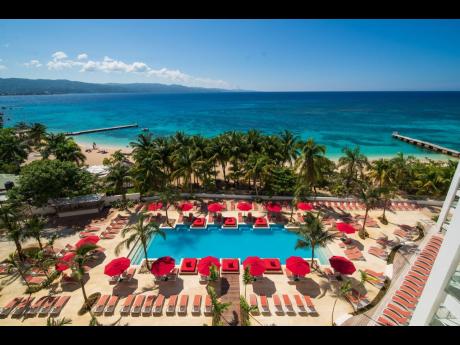 A view of the pool and coastline at S Hotel Montego Bay. 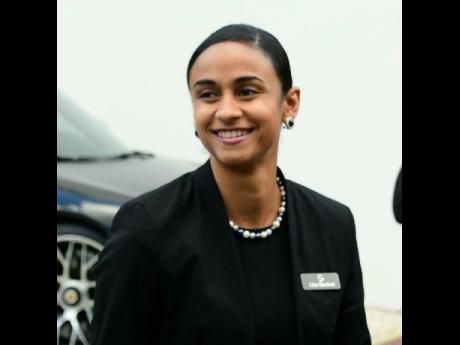 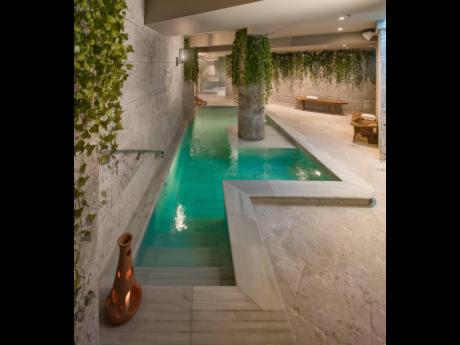 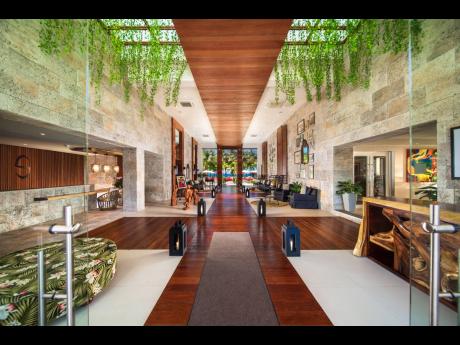 It has been named ‘S’ to provide its own unique identity, but it’s not too difficult to discern that the newest resort on Jimmy Cliff Boulevard in Montego Bay is a sister property to the trendy Spanish Court boutique hotel in Kingston.

Both hotels are primarily pitched to the business traveller, but S has upped the ante on the pleasure quotient – from its room décor and amenities to the distinction of being the only resort located smack on the world-famous Doctor’s Cave Beach.

Spanish Court Hotel broke new ground when it was built in 2009 as a business hotel in the middle of the New Kingston commercial centre – the first new hotel in Kingston in several decades. S Hotel Montego Bay is equally, if not a bit more, stylish with a business model that combines corporate appeal with pleasure.

Since Spanish Court opened its doors, several hotels financed and owned by Spanish investors have dotted the landscape of Jamaica’s north coast.

“Before we opened, we pitched the hotel to the travel trade and they thought Jamaica does not need another Spanish hotel and with Spanish in our name, they thought potential guests would think we were another Spanish hotel,” the hotel’s management said in a written explanation to the Financial Gleaner. The brand imagery of the Montego Bay property was also felt to be beyond that of a ‘court’. “So, we removed the words ‘Spanish’ and ‘Court’ from the branding, which left us with our signature S and the word hotel,” the hotel management said.

Having created from the former Breezes Montego Bay property, a hotel with corporate appeal and the amenities of a high-end resort, owner Christopher Issa has ensured that the hotel is integrated into the Montego Bay community, starting with its membership in the Montego Bay Chamber of Commerce.

S Hotel also prides itself on being Jamaican not only by ownership and management, but through its hiring and purchasing policies as well. It is integrated into the local economy of Montego Bay and western Jamaica, providing an outlet for regional farmers and suppliers of a variety of food and other hotel trade inputs.

During construction, up to 250 workers, largely from Montego Bay and its environs, were said to have been engaged in various areas of the rebuilding of the hotel. The current staff of 160 comprises persons almost entirely from the western region.

The S Hotel is adorned with paintings, sculptors, photographs, antique memorabilia and craft pieces created by artists from western Jamaica and elsewhere in the country. The pieces depict Jamaican culture, particularly genres of music, including ska, rocksteady, reggae, dancehall and soca. Furnishings are also heavily local, with many signature pieces handcrafted by local artisans – some made from trees removed from the property during its reconstruction.

With the all-inclusive concept being predominant at north coast resorts, S Hotel’s bed and breakfast European Plan meal package offers guests the option to dine in at the property or venture out to savour the city’s wide array of restaurants and street cuisine.

While allowing for the short hop next door to the popular Usain Bolt’s Tracks and Records eatery, also owned by Issa’s Crissa Entertainment Limited, or a foray into the heart of downtown Montego Bay, S offers its own in-house dining options. There is the Rocksteady and Marketplace restaurants and Ska Café just off the main lobby; and its fifth floor Sky Deck & Bar offering drinks and finger food against the backdrop of an infinity poolside overlooking white sands, turquoise waters and picturesque sunset.

General Manager Lisa Gardner likes to think of the property as “the resort for everyone” and “the place to stay in Montego Bay”.

She is encouraged by the support from overseas and local clientèle for the first months of operations, including several full house weekends. “Occupancy is growing. Month-over-month, it is getting better,” she says. North America and Jamaica now provide the bulk of the business.

In an interview with the Financial Gleaner, she said S is trending online as the Montego Bay hotel that offers the best value.

“Being new, we have put out some introductory rates, which are really competitive. The price will change depending on the season, but our price point right now is very good and very competitive,” she said.

Room prices range from the introductory US$199 per night per room sleeping two for essential rooms to US$949 per night for ultra-luxurious sky club spa suites with the European Plan option. All-inclusive rates start at US$359 per night.

Two state of emergency declarations for St James have not put a damper on business, the hotel manager points out, adding that the enhanced security presence lends itself to residents and visitors feeling safe as the security personnel have been interacting well with business operators and guests.

True to its business allure, S Hotel boasts a boardroom that seats 20, affording privacy next to a fully equipped business centre and within proximity to a conference room that seats 80, with its own dedicated drive-up entrance. Parking is available on property, next-door at St James’ Place, and nearby at Sunset Boulevard.

All guest rooms at the S are equipped with key-activated lighting technology. Of the hotel’s 120 rooms, 28 are billed as “essential city view” not overlooking the sea. Even so, they are all equipped with business essentials, including multi-plug and USB connections, high-speed Internet, workspace, king-size bed and a mini refrigerator. At the higher end of the spectrum, sky club spa suites offer all that and a free-standing soaking tub, large walk-in shower with three showerheads and special spa amenities.

The signature sky, or presidential, suite occupies two floors, includes a kitchen, a 20-foot-high ceiling, and offers sweeping views of the sea, beach, main pool deck, sky deck and infinity pool, as well as the hustle and bustle of the boulevard, also called the ‘Hip Strip’.

All S rooms come with a domino set, turntable with Bob Marley album, and Red Strip beer vases donated as a promotional touch by the Jamaican brewing company itself. A gym, nurse’s station and children’s play room are other amenities of the property.