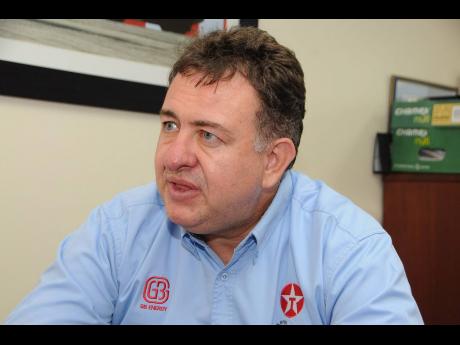 GB Energy Jamaica, operator of the Texaco service station network, has wrapped up a seven-month pilot and is now ready to proceed with the build-out of its LPG autogas stations, which are mainly to be concentrated in Kingston.

Country Manager and CEO Mauricio Pulido says equipment for seven facilities, technically called LPG filling Skids, are already in Jamaica and going through the certification process from agencies such as the Bureau of Standards Jamaica and the Fire Department.

“The goal is to have 15 by year end. We’ve imported seven Skids from Italy. They are already here and we’re just awaiting the permit process to ensure regulatory compliance,” Pulido told the Financial Gleaner on Wednesday at the opening ceremony for an expanded Texaco station on Old Hope Road.

GB Energy is spending close to $1 billion to put Skids at Texaco service stations islandwide. One Skid is already installed at Molynes Road and another at Half-Way Tree Road in Kingston, both of which were used for pilot testing the programme. Ocho Rios and Montego Bay are each targeted for one Skid, while the rest will be deployed throughout Kingston, for the time being.

“The plan is to have all service stations with LPG. The rate at which we install these facilities is really a function of how fast we can do the conversions,” Pulido said. More than 70 petrol stations currently operate under the Texaco brand.

Under another component of the petroleum marketing company’s autogas programme, GB Energy has partnered with a start-up outfit called Technigas to retrofit LPG tanks and equipment on petrol-driven motor vehicles. The equipment allows the vehicle operator to seamlessly switch between petrol or LPG use even while the vehicle is in motion. The result is a net saving of about 30 per cent on the average fuel bill, since LPG is 40-50 per cent cheaper while delivering slightly lower mileage numbers.

Conversion costs run between $150,000 and $320, 000 with a payback period of 18 months, depending on the type of vehicle and the capacity of the conversion kit.

“It’s really a very good thing for the public, because the price of the LPG is lower than the gasolene and it is more environmentally friendly. This is part of our solution to help Jamaica grow,” Pulido said.

He says more than 100 conversions have been done so far and fleets are now coming in to have the conversion done. This has prompted Technigas to expand their operation from their Hagley Park Road to Grants Pen where, Pulido says, the company will continue to do the conversions at a seven-working-bay facility.

“We’re accelerating the process now, but it is really dedicated and intensive work to make sure that the cars can function perfectly in switching from gasolene to LPG,” said Pulido.

“We’re converting cars at the rate of four-five per day, but we would like to move that up to about 10-20 cars per day,” he said.