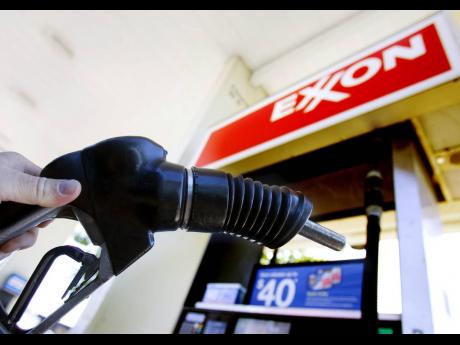 Exxon Mobil brought in US$69 billion in revenue in the second quarter, down from last year’s US$73.5 billion.

Some of the benefits of rising crude prices, up 22 per cent this year, were offset by natural gas prices, which have fallen almost 24 per cent over the same time frame.

The nation’s largest oil company said Friday that its profit fell 21 per cent to US$3.1 billion, or 73 cents per share, compared with last year’s US$4 billion, but that’s still better than the per-share earnings of 66 cents that analysts were looking for, according to a survey by FactSet.

“We continue to make significant progress toward delivering our long-term growth plans,” said CEO Darren Woods in a prepared statement.

“During times of price volatility, we keep the long-term in mind, as there can be a number of opportunities to capture incremental value by investing when others are pulling back,” said Neil Hansen, Exxon’s vice president of investor relations, on a conference call with investors.

Booming US production has some energy analysts convinced that the oil market is oversupplied, despite curbed production by OPEC countries and diminished supply in Venezuela and Iran. That, combined with an ongoing trade war and pessimism in the market, could lead to lower prices for crude.

“The simple fact is that production globally is growing at a much faster rate than demand,” even including the loss of an estimated 2.4 million barrels per day from Venezuela and Iran, said Ed Morse, global head of commodities at Citi. “We lost a lot of oil ... and yet demand is softening and supply is growing at a relentless pace.”

Margins in Exxon’s refining business improved, but remained near five-year lows, the company said. Planned maintenance at refineries remained high during the quarter, and results were also impacted by unscheduled downtime at refineries including the Baytown, Texas facility, where there was a fire in March.

Incidents at three facilities including the Baytown fire took a US$150 million toll on earnings, said Neil Chapman, senior vice president at Exxon Mobil, during a conference call with investors.

“Of course this is disappointing,” Chapman said. “We must eliminate the significant one-off events as we’re just not satisfied with being an above-average industry performer.”

The spot price for liquid natural gas dropped significantly over the last six months, and while Exxon saw growth in demand, “it’s not as high the first six months of this year as it had been in the previous two years,” Chapman said.

Chevron on Friday reported second quarter net income of US$4.3 billion, posting profits of US$2.27 per share, which beat Wall Street expectations. The San Ramon, California-based oil company posted revenue of US$38.9 billion.