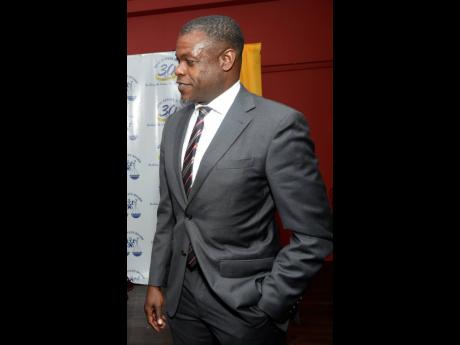 Shareholders in Kingston Properties Limited approved a resolution to increase the authorised share capital of the company as an initial step towards raising funds via a rights issue.

The real estate investment trust wants to purchase commercial real estate property in Jamaica and the Cayman Islands, while simultaneously disposing of up to another five condominiums in Florida, currently up for sale. The rights issue would finance the bulk of the acquisition. The deal with open shortly and close in about six to eight weeks.

Richards declined to state the total amount of new shares or the price at which these shares would enter the market. Roughly 64 per cent or 321.9 of 500 million authorised shares are in issue, which would require raising the shares to 644 million to maintain that ratio.

“In two to three weeks we will make it public,” he said in response to a query on maintaining the ratio.

All the dozen or so shareholders present, except for minority shareholder Orette Staple, voted to increase the company’s authorised share capital from 500 million to one billion shares. Staple agrees with the rights issue in principle but argued that the rights issue should be priced at $1. Such a move he argued would sufficiently increase the liquidity of the stock. The top 10 shareholders, most of which are institutions, hold over 79 per cent of the 321.9 million shares in issue. The stock traded at $5.68 on Friday or not far from its 52-week low of $5.50. It hit a high of $8.45 in April this year.

Kingston properties earlier indicated that the new acquisitions will focus on commercial real estate, including an undisclosed number of offices, warehouse and industrial spaces to be financed by the proceeds of a new rights issue. It will also reduce exposure to US residential properties. The real estate company once owned 27 apartments in Florida, but reduced that number to 18. That market suffered from an oversupply of luxury condos.

The company holds $2.58 billion of investment ­properties, with its most recent acquisition being the former Caldon Finance building in New Kingston.