Oran Hall | Compensation for executor of a will 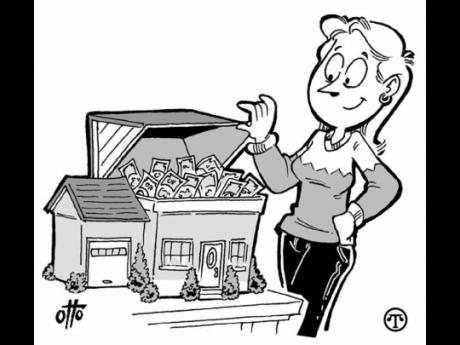 QUESTION I am an executor and my understanding is that at the time of transfer of the asset, a house, to the beneficiary, I have an entitlement of 6 per cent of the value of that house. Is my understanding correct?

FINANCIAL ADVISER: By law, specifically The Trustees, Attorneys and Executors (Accounts and General) Act, a commission is payable to the executor, if a man, or the executrix, if a woman, where the testator does not state in the will the level of remuneration to be paid to the executor.

There is general reliance on Section 48 of the Administrator General’s Act when determining the commission to be paid to the executor. It says the executor ''shall be entitled to a commission of six per centum on all payments made by him in respect of debts, liabilities, cost of management and other similar charges, and on all payments in respect of dividends, interests, rents, or other produce, or receipt of any estate or trust, and also on all property, real and personal, conveyed, assigned, or distributed by him”.

Sherry-Ann McGregor, in her column, “The Laws of Eve – How Should Executor’s Commission be Calculated?”, in the Gleaner of January 10, 2011, wrote: “Most experienced attorneys in Jamaica will say that they rarely pay executor's commission, because executors often waive their fees so as to enable the beneficiaries to maximise their benefit from the estate. Where executors do receive commission, they say that it is calculated on the actual sums which pass through their hands, whether for collecting rent or other income or for paying debts owed by the estate. They do not calculate commission on the value of real or other property which is transferred to beneficiaries in accordance with the provisions of the will”.

The reason for this is the act of transferring property to the beneficiaries does not cause cash to pass through the hands of the executor as happens when property is sold.

Should the 6 per cent be exceeded the executor/executrix is required by law to repay the excess with interest if legal action is taken by at least one of the beneficiaries.

The executor/executrix is the person the testator/testatrix – the person who makes the will – names in the will to carry out his or her wishes to wind up the estate. Thus, that person assumes the role of the living representative of the deceased person.

The responsibilities of the testator/testatrix are significant and the commission is meant as compensation for the time and effort spent on settling the estate. The primary functions of the testator/testatrix are: to collect the assets of the deceased, pay the debts of the deceased and divide the estate among the beneficiaries.

One of the first actions that the executor/executrix takes is to retain the services of an attorney-at-law to apply to the court for a grant of probate. This process of proving the will, results in the court ruling it to be legally valid.

Even before this process commences, the executor/executrix may be called into action to take responsibility for ensuring that the deceased is buried if there is no family member to do so.

The process of collecting the assets of the deceased includes identifying and taking possession of and assuming control of the assets as soon as it is practicable to do so. It also includes gathering and keeping safe the documents – including the will – relating to the assets. This means, for example, the titles to the assets and the means of accessing them, such as keys to real property. Beyond that, the executor/executrix, is responsible for preserving the assets, including keeping them in a state of good repair.

The debts to be paid include taxes and fees due to the government directly stemming from the settling of the estate. Examples are transfer tax on death and stamp duty. Taxes and other debts incurred during the life of the deceased but which remain unpaid at death are also to be satisfied. To be able to settle all debts, the executor/executrix should advertise for creditors.

Before distributions can be made to beneficiaries according to the terms of the will, the assets of the estate should be realised. Before they are sold, every effort should be made to secure the best price. It is thus necessary to get professional valuations of the assets where possible and professional advice and guidance if required.

Distributions are made if the estate is solvent, a situation which obtains when there is a surplus after all liabilities have been settled from the proceeds of the sale of the assets. It should be borne in mind that funeral expenses also count as expenses to be borne by the estate.

If you need further guidance, I suggest you consult an attorney at law.