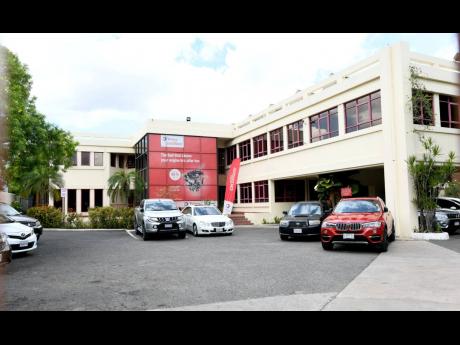 The investigation aims to identify those regions of Jamaica that are likely to be adversely affected by the merger of the two companies, specifically those in which competition will likely be eliminated between the parties.

According to information posted on the website of online marketing services company Fiwibusiness, five of Epping petroleum service stations are based in Kingston and St Andrew, while the others are based in Manchester, St Elizabeth, St Ann, Westmoreland, Portland and St Mary.

Legal Officer and Corporate Secretary at Total Jamaica, Gareth McDonald, said in response to Financial Gleaner queries, that the petroleum marketing company was fully cooperating with FTC, while noting that the information requested was part of the normal course of the fair trade regulator’s investigations.

“The FTC has not expressed any specific objection to the transaction,” said McDonald. “We are committed to doing business in line with the competition laws of Jamaica and throughout the world.”

FTC Executive Director David Miller said the investigation is expected to be completed in September.

The completion watchdog said in its FTCNewsLine newsletter that it began its assessment following media reports of Total’s intention to acquire Epping Oil. The two parties to the deal, both of which participate at the wholesale and retail levels of the petroleum products industry, were asked to provide information to the commission.

“Accordingly, the investigation aims to identify also those regions that are likely to be adversely affected by the merger, specifically regions in which competition will likely be eliminated between the two parties,” the FTC said.

In February, the Financial Gleaner reported that Total Jamaica Limited appeared poised to take the top spot in the local petrol market in terms of the number of stations that it operates, with the announced agreement to acquire rival Epping.

At the time Total was operating 57 stations, and the acquisition of the 17 operated by Epping Oil Company would have pushed the network to 74.

Total first entered the Jamaican market about 15 years ago when it acquired the National gas station network owned by Roy DeCambre, a deal that was said at the time to give Total around a 10 per cent share of the market. Total later increased its market share and network with the acquisition of Esso stations.

DeCambre is currently fighting Total Jamaica in court over what he claims as the French company’s failure to pay for seven of National’s properties, an allegation that Total denies. He is seeking compensation of $6.4 billion.