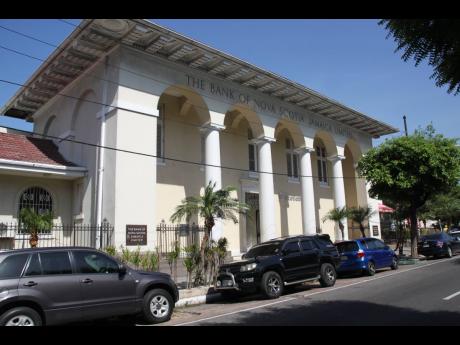 Some customers of Scotiabank have found themselves making more calls to the bank’s contact centre recently in an attempt to verify new banking details following the closure of the bank’s King Street branch in Kingston.

The inconveniences, according to complaints received by the Financial Gleaner, span late or undelivered transfer of salaries and dividend payments, among other daily transactions.

Last September, Scotiabank confirmed plans to close its branch on King Street and consolidate its operations with the nearby Scotia Centre, a multi-storey edifice overlooking the Kingston waterfront that also serves as the banking group’s headquarters.

Concurrently, the bank said it would be making significant investments to transform the Scotia Centre branch, which sits on the ground floor of the building, into a state-of-the-art facility to meet the needs of the combined customer base.

“In preparation for the merger of King Street and Scotia Centre branch operations, Scotiabank prepared various advisories which were placed in branches, the press and social media advising customers of various details associated with the closure of the King Street branch transit,” public affairs and communications director for the Caribbean, Yanique Forbes-Patrick, said in responding to queries from the Financial Gleaner.

“Personalised letters were also mailed to all customers of the King Street branch advising them of their new account number,” she said, noting that due to the sensitivity of the information, those details were only sent via direct mail to the address that Scotiabank has on file for each customer.

Still, customers have complained about not receiving mail from the institution about the changes to their account details. The hiccups in transferring funds, however, seem to mainly affect new financial transactions with the bank.

Aside from the changes in banking account details, Scotiabank has also advised that customers with safe-deposit boxes at the King Street branch should retrieve their items and make alternative arrangements as the service was discontinued at the location.